Easter: I Showed I Have a Hell of a Chin, Can Get My Hands Dirty

Richard Commey was undefeated and had knocked out 92 percent of his opponents prior to his fight against Robert Easter Jr.

That didn’t prevent Easter from exchanging regularly with Commey in what emerged as the most impressive performance of Easter’s four-year pro boxing career. Easter’s right glove touched the canvas after absorbing a right hand by Commey in the eighth round, but Easter bounced back from that point deduction and continued trading with Commey on his way to winning a split decision September 9 in Reading, Pennsylvania.

“I showed that I have endurance and I have a hell of a chin,” Easter told BoxingScene.com. “People didn’t really think I could fight like that, brawl and get my hands dirty. They were thinking I was maybe a six-round fighter and I couldn’t fight all the way through. But when the pressure came, you see I didn’t give up.” 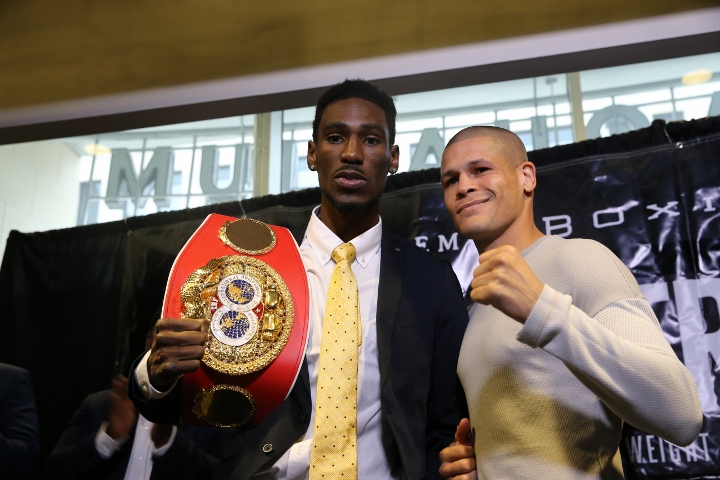 The 26-year-old Easter (18-0, 14 KOs) will make the first defense of the IBF lightweight title he won against Commey on Friday night in Easter’s hometown of Toledo, Ohio.

“Commey was a tough test,” said Easter, who buckled Commey’s knees with a right hand early in the 12th round. “He’s an awkward fighter. He came to bring his ‘A’ game. Both of us didn’t wanna lose and, you know, it just showed I have pure heart and I’m a true winner. I fight all the way till the end. In all my fights, I prepare for the worst. Either I’m gonna get you out early, or we’re gonna go all the way through and I’m not gonna stop punching.”

Easter knew all along that’s how he would perform once he faced a dangerous opponent in a high-stakes fight.

“I knew I had it in me,” Easter said. “In these training camps, we prepare for the worst. We prepare for anything. So if fights like that come about, I will be all the way ready, ready to fight till the end and will come out victorious.”

Looking forward to this fight even though it's a mismatch. He should put this dude to sleep.