Easter: Fortuna Knows What He's Getting Into; No Way He Beats Me

Before their conference call Thursday, a confident Fortuna said the referee will need to save Easter from him when they fight January 20. He has promised a knockout victory when he challenges Easter for the IBF lightweight title and went as far Thursday as to predict Easter won last beyond five rounds if he performs against him the way Easter did during his first two title defenses.

The undefeated Easter doesn’t think Fortuna genuinely believes any of the predictions he has made. 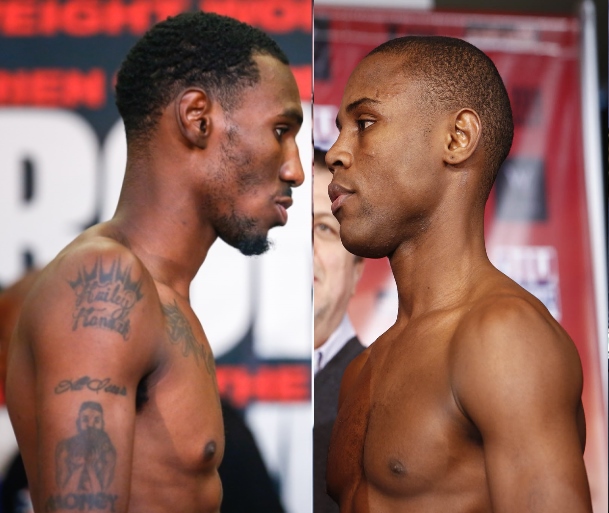 The Dominican Republic’s Fortuna (33-1-1, 23 KOs) is 4-0 as a lightweight since Jason Sosa stopped him in the 11th round to take the WBA super featherweight title from him in their June 2016 fight in Beijing, China. The 5-feet-11 Easter stands five inches taller than him, though, and has competed at lightweight throughout his five-year pro career.

“We’re preparing and we’ll make adjustments in the ring,” Easter said. “If a knockout comes, it comes. I’m not gonna shoot for a knockout, but I know I’m gonna set something up to where I can knock him out. But like I said, if it comes, it comes. But ain’t no way he gonna beat me. He know that, his camp know that. Too much skills and there’s no way he can beat me. No way.”

The 26-year-old Easter (20-0, 14 KOs) has won each of his three IBF lightweight title bouts by 12-round decision (two unanimous, one split). The Toledo, Ohio, native wants to end that streak and is optimistic about doing that because Fortuna has been knocked out in a lower weight class (130 pounds).

“They’re just hyping the fight,” Easter said. “He has had power in the lower weight classes. But like I said, all that sh*t go out the window once he get hit. Once he get hit by what I’m bringing, then all of that, what they’re talking, is gonna go out the window. He hasn’t faced nobody with the skills I have, he’s been knocked out, for one. He’s talking about I have to reinvent myself. He has to reinvent himself.

“You know, that’s why he’s trying to become a champion again, as he says. You know what I’m saying? I’m already a champion. I’m already in the shoes he wanna be in. Like I said, I’m not really gonna talk all that they’re talking, a knockout. January 20th, we’re gonna put the gloves on, we’re gonna get in that ring and I’m gonna come out victorious, like I’ve been doing.”

[QUOTE=IBOX4LIFE;18389122]Robert Easter Jr. is nothing like AB in or out of the ring. Also, REJ recently had a child and he is focused on his craft and eventually unifying his division.[/QUOTE] I’ve heard the same. But time will tell. I’m…

[QUOTE=IMDAZED;18388858]Easter hasn’t dominated anyone to the point where he can be considered a gimme over any top fighter. In fact, I haven’t seen the improvement I expecred from him at this stage. I hope his out of ring habits aren’t…

Easter hasn’t dominated anyone to the point where he can be considered a gimme over any top fighter. In fact, I haven’t seen the improvement I expecred from him at this stage. I hope his out of ring habits aren’t…

[QUOTE=Santa_;18388392]Shafikov's a legit tough guy but Vasquez and Barthelemy beat him a lot more clearly. The Easter fight could have went either way in all honesty. Everybody's underestimating Fortuna (including Easter) but he's a very live dog in this one.…