The veteran promoter recognizes that the Sergey Kovalev-Andre Ward showdown won’t resonate with casual boxing fans the way the long-awaited Floyd Mayweather Jr.-Manny Pacquiao clash inspired them to make pay-per-view history in May 2015.

“We’ve got our work cut out for us,” Duva said recently. “This isn’t gonna be four million buys, obviously. We went in with rather modest aspirations, and I think we’ll reach that.” 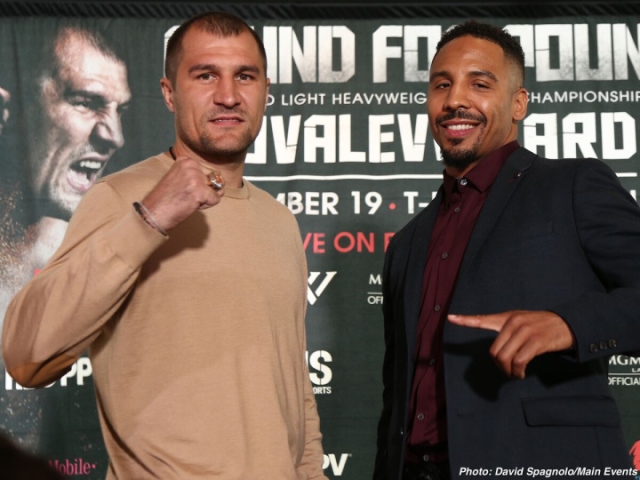 Duva – whose promotional company, Main Events, represents Kovalev – didn’t divulge the number of buys she expects the HBO Pay-Per-View show headlined by Kovalev-Ward to draw November 19 from T-Mobile Arena in Las Vegas. Several industry insiders polled by BoxingScene.com agreed, though, that if the Kovalev-Ward card does somewhere between 250,000 and 300,000 buys that it should be considered a successful pay-per-view event.

Though the 32-year-old Ward (30-0, 15 KOs), of Hayward, California, and the 33-year-old Kovalev (30-0-1, 26 KOs), of Kopeysk, Russia, are among the top-five boxers, pound-for-pound, in the sport, organizers of the event have tempered expectations because neither Ward nor Kovalev has headlined a pay-per-view card. Nevertheless, Duva firmly believes this bout belongs on the pay-per-view platform.

“I think that pay-per-view fights should be the best [fights] you can possibly make,” Duva said. “This is exactly the kind of fight that should be on pay-per-view, because you have a 50-50 fight between two undefeated fighters, two fighters in the top five, only the third time this has happened since [The] Ring [magazine] started keeping track of these records.

“Those [first] two fights, Taylor-Chavez and De La Hoya-Trinidad, took place on pay-per-view. This is unique. It’s been 17 years since we’ve had two top-five pound-for-pound fighters fighting each other, with undefeated records. That is something special. And I think that is what pay-per-view is supposed to be for, something special.”

The fight 17 years ago to which Duva alluded, Felix Trinidad’s majority-decision defeat of Oscar De La Hoya, drew approximately 1.4 million buys, then a boxing record for non-heavyweights, on September 18, 1999.

Who cares how it does! I am excited for this one. Two of the top fighters going at it, I can't see how anyone can complain but then again these are so called "boxing fans" and they will find a…

[QUOTE=R-C;17080754]I'm buying, as everyone here should. We complain about ****ty matches and we finally get a good one. we should jump on the PPV like white on rice.[/QUOTE] my thoughts exactly

[QUOTE=bigdramashow;17080550]all scratching your heads as to why it wont do good numbers. Its pretty ****ing obvious, cause one half of the match up involves the most boring fighter of the modern era. You can say im exaggerating but every other…