Dutchover Focused On a Strong Performance Against Mattice

It would not be a surprise for Michael Dutchover to have butterflies in his stomach and be overwhelmed by the crowd support from his hometown as he walks to the ring tonight.

He may understand the meaning of the fight, but Dutchover is not going to be overwhelmed by the moment.

“I’m not worried about the location. I’m just focused on the task at hand.” 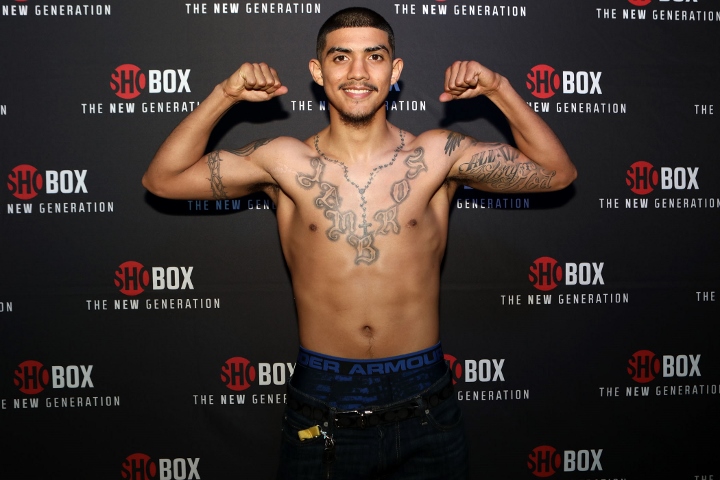 Tonight will mark Dutchover’s second fight on the popular Showtime series. In his last bout on May 10, Dutchover knocked out Rosekie Cristobal of the Philippines in the opening round with a left hook to the body.

Dutchover (13-0, 10 knockouts), who now lives and trains in the Los Angeles suburb of Santa Fe Springs, will face a fighter in Mattice, who is coming off a win over Angel Sarinana in his last bout on May 11. Mattice is best known for receiving a gift unanimous decision win over Zhora Hamazaryan on July 20 of last year, but lost the rematch to Hamazaryan over two months later.

The Mattice (14-1-1, 10 KOs) fight will be a significant step-up in opposition for Dutchover, one he is eager for.

“Mattice is a good boxer,” Dutchover told BoxingScene over the phone Wednesday night. “He doesn’t do anything crazy in the ring. We planned on numerous things during training camp. I will make adjustments during the fight if I need to.”

The 21-year-old Dutchover was an amateur standout who is very familiar with some of the top prospects and contenders in boxing today, including Devin Haney, Teofimo Lopez and Ryan Garcia, all of whom are also unbeaten.

Haney and Lopez have become mandatory challengers, while Garcia is transitioning to becoming a contender. Dutchover believes he is on the cusp of becoming a legit contender and can make a noise in a competitive lightweight division.

“All of them know who I am,” said Dutchover, who is co-promoted by Thompson Boxing and Banner Promotions. “We’ve known each other from the amateurs. I believe I’m on the same path as they are as well. I believe that my name is getting out there and I think a strong performance against Mattice will make me well-known.”

Dutchover has evolved his skill-set to box more in recent fights, even despite the first round knockout in his last fight. He has scored several knockout wins early on, but has learned to throw combinations and work behind a jab with trainer Danny Zamora.

Dutchover understands he has not reached his ceiling yet as a complete fighter, but believes he improves a great deal with each training session and fight.

“Every fight is a learning experience. I know I’m undefeated, but I learn what I do wrong and I fix those mistakes. I know I’m not a perfect fighter, but we can get better. I do my best to perfect my craft. It’s the hard work we put in the gym and I have a lot of confidence in myself and during training before each fight.”

There is a possibility Dutchover could return to the ring in November or December, depending if he can stop Mattice early on in the fight.

Dutchover may not have the fanfare thus far that Haney, Lopez and Garcia have, but he believes in the long-run that he will enjoy a successful career, which will include a world title belt. Dutchover is also confident the move he made at age 17 to leave his hometown for Southern California will pay off dividends in the end.

“I know I’m on the right path. I’m a long way from home. I love my family, who I’m very close to. I’m very grateful for the opportunities I’m given. I know everything will pay off down the road.”