Dulorme vs. Ellis in Play For Joshua-Miller Undercard

The June 1st Anthony Joshua-Jarrell Miller undercard is beginning to take shape. The entire card will be streamed on DAZN.

While a deal hasn’t been finalized, BoxingScene.com understands that an announcement could come as early as next week. 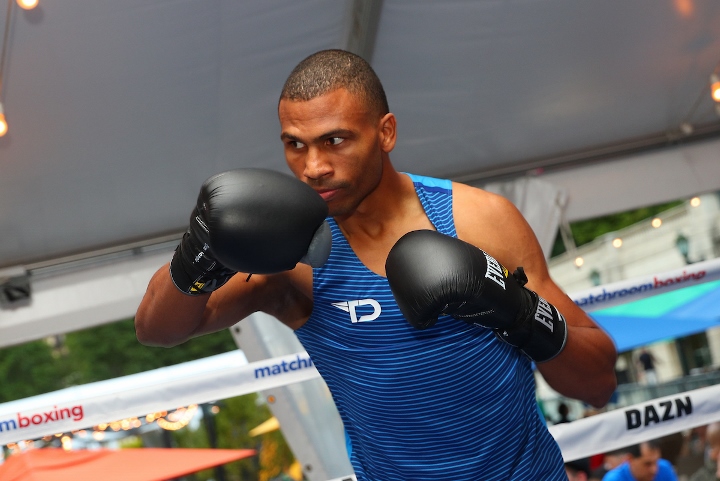 Dulorme last fought in October when he traded knockdowns with former two-division champion Jessie Vargas in the first DAZN card to take place on US soil.

Dulorme rallied in the final round of the bout, to drop Vargas. The bout ended in a draw.

Prior to that contest, Dulorme lose a razor close decision to Yrodenis Ugas.

Ellis also last fought in October when he stopped journeyman Saul Corra in 7 rounds. The 25-year-old went 3-0 in 2018 with 2 of his victories coming by way of knockout.

The stacked undercard is also expected to include Matchroom fighters Callum Smith, Kell Brook, Khalid Yafai, Josh Kelly and Joshua Buatsi against opponents to be announced.

dulorme fought good against Vargas, not a bad add

Dulorme really beat Vargas and Ugas, TC is the only legit loss.

Speedy has talent,Ellis by UD, Dulorme tests him a bit

Ellis reminds me of Broner. Im not too high on the guy. Dulorme beats him.. GBP matchmaker slipped up here.