Dubois vs. Gorman Among The Fights Ordered By BBBofC

Jazza Dickens finally looks to have a dance partner for his next title fight.

The former British super-bantamweight champion had been set to challenge Martin Ward, and his brother Thomas before him, for the vacant crown.

But Dickens upped sticks and moved to Miami, Florida, after it was revealed that there were no fights this side of the pond for him and he even secured a first-round win .

That, however, looks like it’s about to change because, according to the latest round of British Boxing Board of Control notices, the Liverpool man will take on undefeated Brad Foster for the belt before the end of the year.

The contest, promoted by Dennis Hobson, will be hosted in December – on a date to be confirmed – at a venue to be revealed in due course.

In other British title news, a request has been approved for promoter Eddie Hearn to stage Ryan Walsh’s British featherweight title defence against Reece Bellotti on the undercard of Dillian Whyte’s heavyweight rematch against Dereck Chisora at the O2 Arena in London, exclusively live on Sky Sports Box Office.

Hughie Fury has been ordered to defend his heavyweight Lonsdale belt against Joe Joyce, the former Commonwealth champion, in a contest that has been put out to purse bids and must take place by the end of March next year. 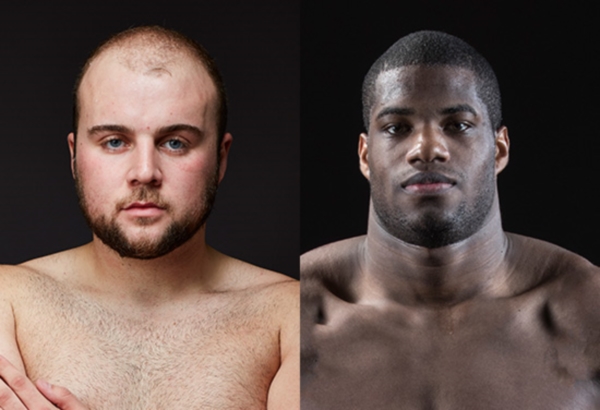 In an eliminator for that title, the long-awaited showdown between Daniel Dubois and Nathan Gorman has been ordered by the Board. Again, that’s out to bids and must take place by the end of March 2019. The fight, that will also be for Dubois’ English title and will as a result entitle the former Southern Area and WBC youth champion to a 60-40 split on the purse percentage, has been earmarked by the pair’s promoter, Frank Warren, as one that could be far bigger further down the line.

Andrew Selby has been ordered to defend his flyweight title against Paddy Barnes, the former WBC world title challenger who returns to the ring on December 22 at Manchester Arena, while Arfan Iqbal and Wadi Camacho will vie for the vacant Commonwealth cruiserweight title in a British title eliminator on Saturday at Bethnal Green’s famous York Hall venue.

At light-heavyweight, Callum Johnson has been pitted against his Matchroom stablemate Joshua Buatsi and Ricky Summers vs. Andre Sterling – in an eliminator for that title – has been put out to purse bids.

And finally, at super-featherweight, Anthony Cacace vs. Jordan McCorry has been ordered in a final eliminator for Sam Bowen’s British title that he defends against Ronnie Clark on December 15 at the Brentwood Centre in Essex, exclusively live on BT Sport.

Michael Ramabaletsa will take on Ryan Walker for the vacant English super-bantamweight title on Saturday at York Hall, while Kyle Williams has been ordered to defend his English bantamweight title against Marc Leach. The fight, out to purse bids, must take place by the end of March 2019.

On the Celtic title scene, Conrad Cummings and Alfredo Meli have been pitted together in a rematch that is said to be taking place on December 7 at the Titanic Exhibition Centre in Belfast. In fact, on that date at that venue, Cummings will face Brian Rose for the vacant WBO European title at middleweight.

Lewis Crocker will fight for the welterweight title on the same card, though, after it was relinquished by Paddy Gallagher. He will take on Martin Harkin, exclusively live on iFL TV.

Ryan Collins will defends his lightweight Celtic strap against Ahmed Ibrahim on January 31, 2019, at the St Andrew’s Sporting Club in Glasgow, Scotland.

But Craig MacIntyre and Henry Janes will battle for the vacant Celtic super-lightweight title on November 30 at the Crowne Plaza in Glasgow.

And Chris Sanigar apparently won the purse bids to stage Andrew Selby’s European flyweight title challenge against Frenchman Vincent Legrand, with a date and venue to be confirmed in due course.

[QUOTE=Fabes88;19276076]If warren wasn’t bankrupt I would’ve thought he greased the wheels a bit to get that order to happen. Hearn wants to move buatsi quick I wouldn’t be surprised if we saw this fight towards the back end of next…

[QUOTE=GlassJoey;19276263]This sounds like someone at the BBBC has accidentally sent their list of fantasy fights to the media.[/QUOTE] In fairness they always order good fights, they just very rarely get made.

This sounds like someone at the BBBC has accidentally sent their list of fantasy fights to the media.