Donaire Lighter Than Burnett For 1st Bantamweight Bout In 7 Years

Nonito Donaire comfortably came in below the limit Friday for his first bantamweight bout in seven years.

The former WBC/WBO bantamweight champ officially weighed 117½ pounds for his shot Saturday night at the WBA “super” world bantamweight title. Unbeaten champion Ryan Burnett weighed one ounce more than Donaire (117.8 pounds) when he stepped on the British Boxing Board of Control’s scale in Glasgow, Scotland.

Northern Ireland’s Burnett (19-0, 9 KOs) and Las Vegas’ Donaire (38-5, 24 KOs) will square off in a World Boxing Super Series 118-pound quarterfinal at SSE Hydro. The Burnett-Donaire winner will battle South Africa’s Zolani Tete (28-3, 21 KOs), who owns the WBO bantamweight championship, in the semifinals on a date and at a site to be determined. 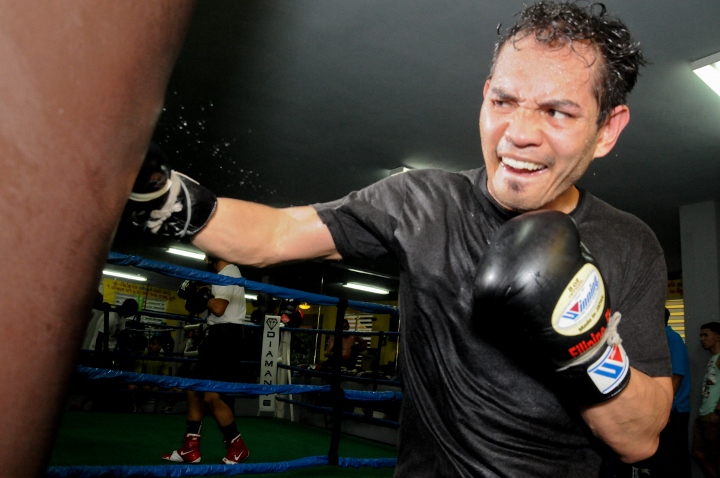 Donaire, 35, moved down two divisions for the opportunity to compete in the World Boxing Super Series. His last fight, a 12-round, unanimous-decision defeat to Northern Ireland’s Carl Frampton (26-1, 15 KOs), was contested at the featherweight limit of 126 pounds April 21 at SSE Arena in Belfast.

“The Filipino Flash” has won world titles in four weight classes. He last boxed at bantamweight in October 2011, when Donaire defeated Argentina’s Omar Narvaez by unanimous decision in The Theater at Madison Square Garden.

Burnett, 26, will make the second defense of his WBA 118-pound championship. He is a consensus 9-1 favorite over Donaire.

Taylor or Martin will move on to the WBSS’ 140-pound semifinals.

SO basically they weighed exactly the same

Come on Donaire wreck this fool :)

I love WBSS but there’s been loads of fights and no first stage upsets. Season 3 should try to get 8 of a top ten in a division.