Donaire Laughs at Magdaleno's Hair: He's Scared of Me, It's Fear!

Next Saturday night, Donaire will defend his world title against undefeated mandatory challenger Jessie Magdaleno at the Thomas & Mack Center in Las Vegas. The Top Rank pay-per-view event will be headlined by the return of Manny Pacquiao, who challenges Jessie Vargas for the WBO welterweight championship.

The card marks the first pay-per-view where Filipino fights Pacquiao and Donaire are featured on the same bill. Ironically, both of  their opponents are based in Las Vegas. 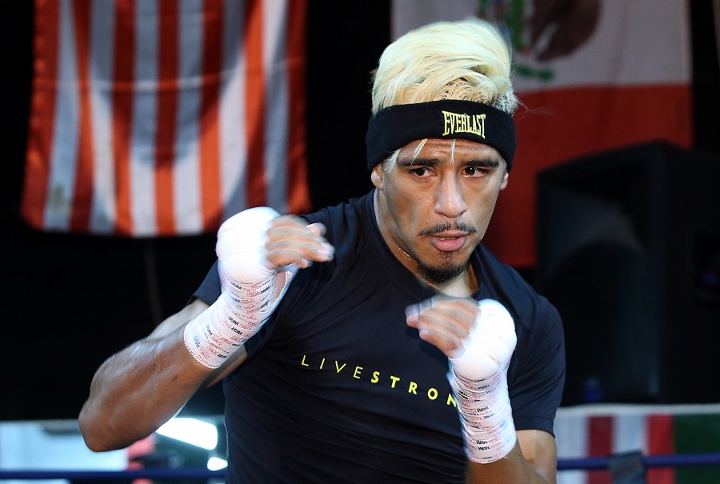 In an interview with The Main Event, Donaire laughed off Magdaleno’s decision to dye his hair to boost his confidence.

Donaire said he is “physically and mentally well into this fight” and that he and Cuban trainer  Ismael Salas had shown him “a better way to fight..more precise, more accurate.”

Nonito who sparred six rounds for the last time with Jose Gonzalez, who is a cousin of pound-for-pound No. 1 Roman “Chocolatito” Gonzalez  who has “a good style similar to unbeaten Jessie Magdaleno.”

He said he won’t have any problem going twelve rounds if he has to.

Nonito revealed that Magdaleno’s team was “working on my left hook” but “hadn’t seen what we got.”

Donaire who had earlier expressed his elation at being featured alongside the legendary Manny Pacquiao which he had been dreaming about for years said “ we plan to represent the Philippines to the fullest and raise our country’s flag in victory.”

HAHAHA Donaire is one to talk dude got a Conehead with a ugly hair cut man.

Donaire can't say anything. His hairline is so far back you need binoculars to see it.

for some reason I assume that Donaire is retired Like he got knocked out by Walters and went life and death with that mexican he just fought, he's just not the same guy anymore

Filipino Flub Donut Aire is just living off his pre-Rigo annihilation glory days. Been on the slide for a while now. Within the next couple fights we will see the complete collapse, sad to say.