Donaire Gives Joebert Alvarez a Good Shot To Be Champion

“Dodong” Donaire, the father and former trainer of give division world champion Nonito “The Filipino Flash” Donaire told the Manila Standard that Alvarez will fly to General Santos City and stay there until after Christmas before he returns to Manila to train under Agrabio who Donaire described as a “friend and a good trainer.”

Donaire told us “we can work together and are nice to each other.” 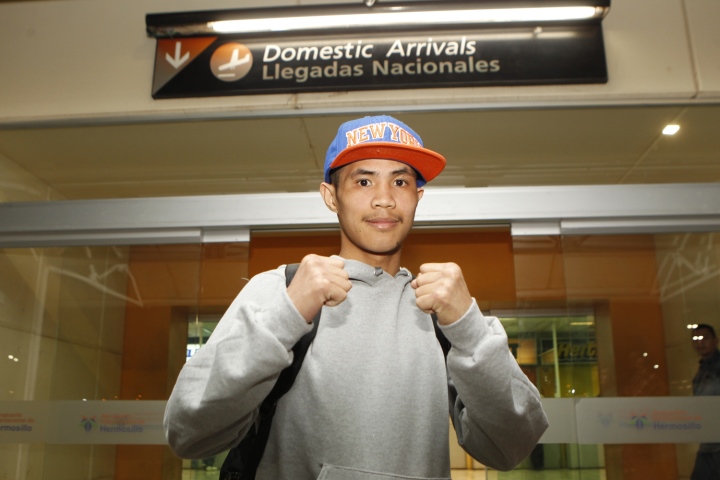 Donaire believes that Joebert has “a big chance to become a world champion” and had sparred for one month with five division world champion Nonito “The Filipino Flash” Donaire in Las Vegas who is preparing for his WBO super bantamweight title defense against unbeaten Jessie Magdaleno at the Thomas & Mack Center on June 5, June 6 in Manila.

Donaire who used to train his son told us “Nonito is good.” He quoted Joebert as telling him, “sometimes Nonito runs from him and sometimes he runs from Nonito.”

Donaire revealed that Joebert has “a strong left and is also developing his body punches.”

The trainer of Alvarez, Nonito “Dodong” Donaire Sr, father/trainer of five division world champion and reigning WBO super bantamweight champion Nonito “The Filipino Flash” Donaire had predicted in a conversation with The Standard prior to the fight that he expected Joebert to win.

He told us Joebert was “looking good in training” at his Boxing and Fitness Gym in Oakland, California.

He said Alvarez “kept on pressuring Gonzalez and they began exchanging punches but Joebert was much stronger.”

Donaire Sr said the 24 year old Gonzalez who was ranked No. 6 by the IBF and had a record of 18-1-1 with 12 knockouts suffered his only loss at the hands of former world champion Giovanni Segura by a 4th round TKO on August 17, 2013 because of overconfidence  while Alvarez’ only loss was a hugely controversial ten-round decision to WBO/WBA flyweight champion Juan Francisco Estrada in Sonora, Mexico on December 6, 2014 .

Gonzalez was coming off a ten-round split decision win over Carlos Ruben Dario of Argentina on October 16, 2015  after beating Miguel De Valle in a rematch on May 16, 2015 in Puerto Rico when Del Valle retired in the 2nd round of a scheduled ten-round bout after Del Valle dropped an 8th round unanimous decision in their first meeting.

Gonzalez was an outstanding amateur boxer and  won two out of three memorable bouts with Olympian McWilliams Arroyo and was Puerto Rico’s national champion in 2008, 2009 and 2010.