The world’s greatest boxing promoter and peace ambassador, Don King, has sent his well wishes to outgoing President Nursultan Nazaarbayeu after 30 years of service to his country and welcomed interim President Kassym-Jomart Tokayev.

King, who promoted the Thrilla in Manila featuring Muhammad Ali and Joe Frazier, and the Rumble in the Jungle with Ali and George Foreman, is at it again.

King is proposing bringing the “Thrilla in Kazakhstan” promoting peace, harmony and unity for the Kazakhstanian people.  The card will feature hometown hero and cruiserweight title holder Beibut Shumenov defending his title against “interim” beltholder Arsen Goulamiriam of France in the month of May. 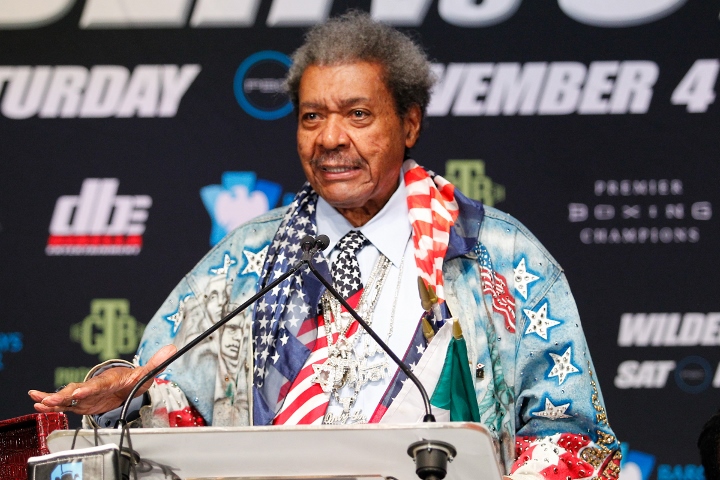 “I’m excited about the prospect of Shumenov returning home to defend his title and meet both the outgoing and the new President of his country,” said King.  “I’m planning to put together another great Don King Productions extravaganza.  It will be a night of boxing that Kazakhstan and the United States will not forget.”

Shumenov (18-2, 12 KOs) has won four consecutive fights, the last coming July 7 last year as he stopped Hizni Altunkaya in the ninth round to win the vacant WBA World Cruiserweight title.  The 31-year-old is from Shymkent, Kazakhstan and currently trains in Las Vegas, NV.

Goulamiriam (24-0, 16 KOs) is a 31-year-old Frenchman, who last March stopped previously unbeaten Ryad Merhy in the 11th round to notch the interim title and then kept the interim title last October in his homeland, with a ninth round KO of Mark Flanagan.

can shumenov and king just go away please?

[QUOTE=pillowfists98;19608714]Shumenov has looked better since he moved up to Cruiserweight.[/QUOTE] This. oddly enough I'd like to have seen the Shumenov that lost to Bhop fight Kovalev back then. Would've made for a good scrap. Russian vs Kazakh boxing. styles make…

Shumenov has looked better since he moved up to Cruiserweight.

The Ghoul puts Shumenov in a body bag. Should be "The slaughta in Astana" :lol1: