Ramirez pulled away in the late rounds, swelling Imam’s right eye in the process to take the title that became open when Terence Crawford moved up to welterweight. 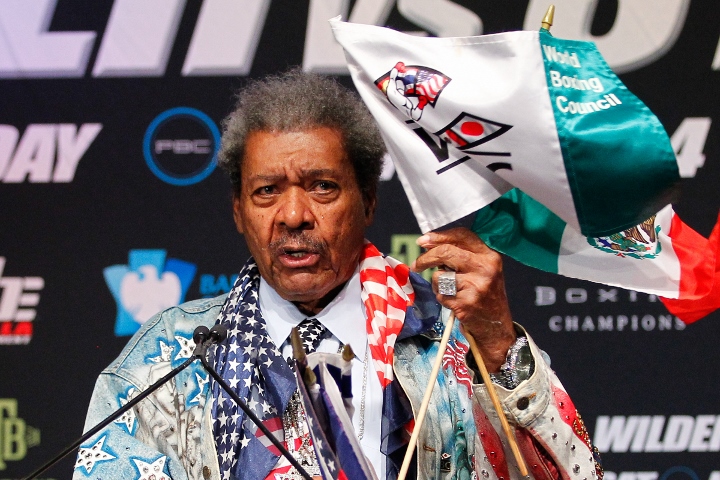 Ramirez relentlessly pressured Imam and pounded away with hard left hooks, and Imam just couldn’t keep him off for all three minutes. Ramirez won the final three rounds on all three scorecards after Imam had gotten back into the bout with some good work in the middle rounds.

The WBC’s 2,000th world title fight was the first time promoters Bob Arum and Don King went against each other since March 12, 2011, when Miguel Cotto stopped Ricardo Mayorga in a WBA super welterweight fight.

King, wearing a giant button of President Donald Trump on his glittery denim jacket, boasted big as always leading into the fight but had to acknowledge that his fighter lost it afterward.

But Ramirez quickly regained control and wobbled Iman late in the 10th. Imam, who was the WBC’s No. 1 rated contender, had a swollen right eye in the 11th and any chance of rallying to win the bout ended when Ramirez drove him back into his own corner with a hard combination moments after the 12th began.

[QUOTE=FinitoxDinamita;18583008]You foos who are hating on King.. why exactly? Lol fkin followers A true boxing head loves Don King.[/QUOTE] I'm reading 'Life and Crimes of Don King' right now. Im sure some of it is embellished or exaggerated to support…

Out of all the fighters he robbed he really has nothing to show for it.he should be a billionaire.there's no way he should be on millionaire status.but at the end of the day count your blessings

Imam is what they call a cutie. Wants to stand back and box. But you have to be willing to show a guy like Ramirez, when he goes into the foxhole, that you're willing to go down there and get…

[QUOTE=FinitoxDinamita;18583008]You foos who are hating on King.. why exactly? Lol fkin followers A true boxing head loves Don King.[/QUOTE] I love it when King holds up the flags of whatever nation his fighters are from. King is cool. I really…

You foos who are hating on King.. why exactly? Lol fkin followers A true boxing head loves Don King.