Dominic Breazeale vs. Izu Ugonoh is Set For Wilder-Wawrzyk Card

Heavyweight Dominic Breazeale (17-1, 15 KOs) is slated to return to the ring on February 25th. Originally he was scheduled to take on Artur Szpilka from the Legacy Arena in Birmingham, Alabama.

"We had a couple of changes, (Szpilka) wanted to push things back, wanted more time to train, " Breazeale explained to BoxingScene.com on Monday afternoon from the Jackrabbit Boxing Academy in Long Beach, California. 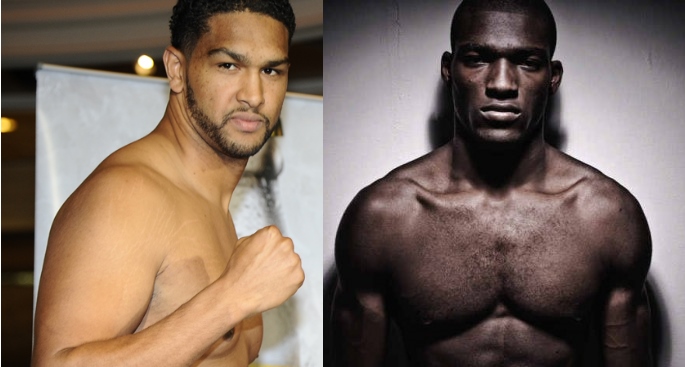 Breazeale will now take on the undefeated Izuagbe Ugonoh (17-0, 14 KOs), who he admits he doesn't know much about. Ugonoh recently signed with Al boxing adviser Haymon and is trained by Kevin Barry, who handles WBO world heavyweight champion Joseph Parker.

"I've never heard of him, this is the first I've heard of him. I just learned about him two weeks ago now," said Breazeale.

"He's 17-0, he stands about 6'3, 230 pounds. A lot of his fights have been like in New Zealand. I know he's trained alongside guys like Joseph Parker and things like that. So I know he's got the experience, we'll see on fight night.

Breazeale, who suffered his lone loss on June 25th as he was stopped by IBF heavyweight champion in seven rounds, says he is ready to move forward with his career.

"Physically, psychologically, I'm definitely there. I took some time off, self-evaluated, learned from my loss. You learn a lot more from a loss than you do with a win because you're critiquing yourself a lot more. I've learned a ton, I'm physically there, ready to go. Can't want to do it."

[QUOTE=yngwie;17376273]The Triangle Theory doesn't works in boxing, Joshua beat Molina in better fashion than Wilder but i wouldn't say i would pick Joshua h2h (it's 50/50 to me).[/QUOTE] Sometimes triangle theories work, sometimes they don't. There are examples for both…

It's about time that 30 year old stepped up.

[QUOTE=ShoulderRoll;17359829]This will tell us a lot about Ugonoh. What if he beats Breazeale more impressively than Joshua did?[/QUOTE] The Triangle Theory doesn't works in boxing, Joshua beat Molina in better fashion than Wilder but i wouldn't say i would pick…

Easy fight for izu. Izu and Parker are going to rule the division your see! Breazeale gets kod in 2. Boom!

[QUOTE=Sid-Knee;17361036]Sorry, I didn't know you were stupid as well, so i'll spell it out like a child would... You're trying to convince me you're not bitter and insecure, but I see right through it because it's too damn obvious you…