Dominguez: Frampton Looking Past Me, Toward Fight With Valdez

Frampton’s upcoming opponent suspects that the former featherweight and super bantamweight champion has his sights set on a shot at WBO featherweight champ Oscar Valdez later this year, not their fight next month. The bout between Northern Ireland’s Frampton (26-2, 15 KOs) and Mexico’s Dominguez (26-8-2, 18 KOs), scheduled for August 10 in Philadelphia, was officially announced Tuesday morning by Top Rank Inc., Frampton’s co-promoter.

“Carl Frampton is already looking ahead to an Oscar Valdez fight, which gives me added motivation,” Dominguez said. “I am not a steppingstone. I am coming to Philadelphia prepared to ruin Carl’s plans.” 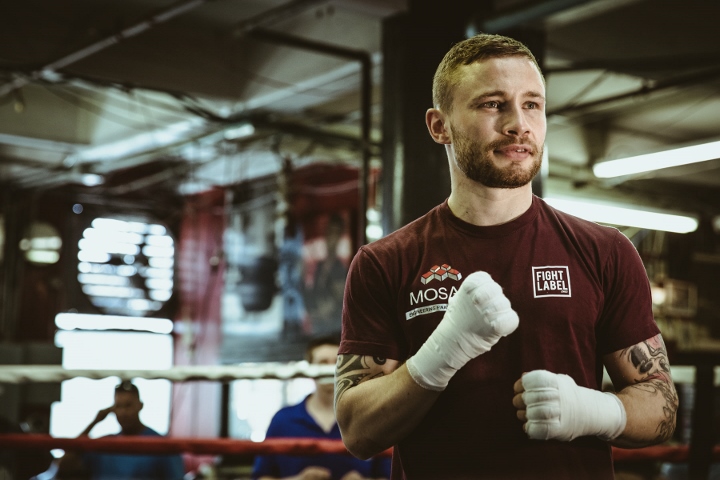 Frampton, 32, will fight for the first time since losing a 12-round unanimous decision to England’s Josh Warrington (29-0, 6 KOs), the IBF featherweight champ, December 22 in Manchester, England. He is ranked No. 4 by the WBO in its 126-pound rankings, though, and promoter Bob Arum has mentioned matching Frampton against Mexico’s Valdez (26-0, 20 KOs) before the end of 2019.

“Dominguez is a tall, young, hungry featherweight, so I’ll need to be on my game,” Frampton said. “The premise of an Oscar Valdez fight is dangling in front of me, so I want to go out and show the world that I’ve still got what it takes to be a world champion. Winning is always the most important thing, but I want to do it in style. It’s great to be boxing stateside again. And Philly, in particular, has so much boxing history. I’d like to thank MTK Global and Top Rank for giving me the opportunity. I won’t disappoint.”

Dominguez, 25, is considered a big underdog against Frampton, the most accomplished opponent he’ll have faced in eight years as a pro. He has been knocked out twice and lost an eight-round majority decision to Enrique Bernache (then 23-10) in October 2017.

The Frampton-Dominguez main event and an undetermined co-feature will be streamed live by ESPN+ from Temple University’s Liacouras Center on August 10.