Emanuel Navarette is busy (80.9 thrown per round), but not accurate (21.5% total punches landed). He'll need to landed better than 9% of his 28.8 jabs thrown per round to be effective vs. Dogboe. Navarette threw 129 power punches in round 11 vs. Sanmartin, tying the 122-lb record for most power shots thrown in a round previously set by Juan Manuel Lopez... 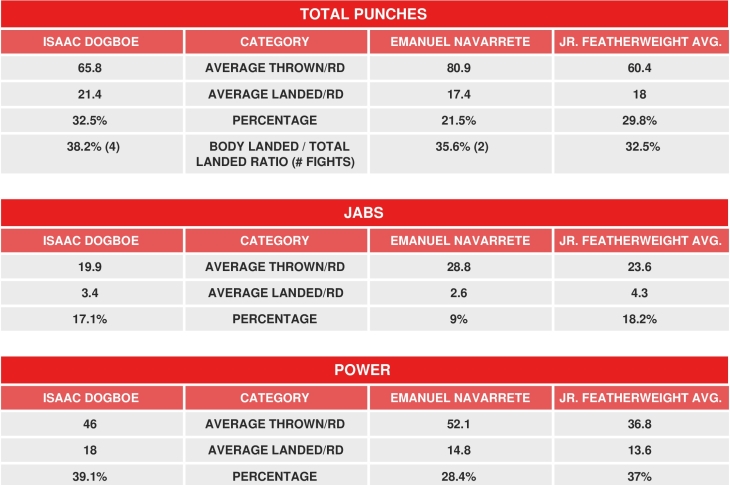 In the co-feature, Isaac "Royal Storm" Dogboe will make the second defense of his WBO junior featherweight world title against Emanuel "Vaquero" Navarrete. Dogboe snatched the title from Jessie Magdaleno back in April and defended it Aug. 25 with a first-round knockout over Hidenori Otake.

And, in a special attraction (ESPN+, 6 p.m. ET), 2016 Italian Olympian Guido Vianello will make his pro debut against Luke Lyons in a six-round heavyweight clash.