Dobson Reflects On Being in Camp With Crawford, Talks Future Plans

Peter Dobson has been out of the ring for over a year, however, it hasn’t stopped the hard hitting New York welterweight from staying active as he headed to Colorado to work with the arguable pound for pound king Terrence Crawford.

Crawford put on on one of 2020’s best performances, stopping Kell Brook in four rounds earlier this month, and Dobson reflected on the time he had spent in camp with the world welterweight champion.

Dobson said, “Spending time in camp was Terrence Crawford was fantastic. I want to thank everybody involved for getting me that opportunity to go to the camp in Colorado and spar with the champ. It was a brilliant experience.

“Crawford is one of the pound for pound best for a reason, if not the best. He trains in a way that is very unique, he has a skill set that is also very unique. He has a great team and pushes himself and the team to be the best they can be all the time. Spending time around the camp helped me understand what it takes to be the very best, and how small details can mean a lot.

“I learned I can mix it with the best, I can hold my own at the top level. I’ve mixed it with the best fighters all over the US who were at world level. Sparring Bud gave me a lot of confidence in myself and I’m excited to show off them improvements in the ring at the first opportunity I get.” 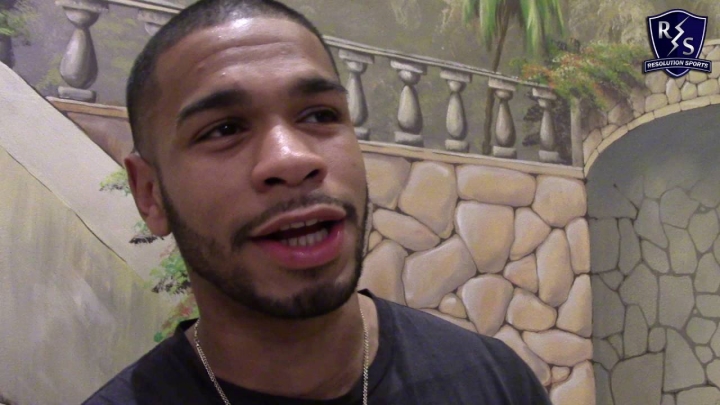 Dobson trains under Andre Rozier who heads up Brooklyn’s Havoc Camp and the undefeated Bronx native, who held the WBC USNBC welterweight title discussed his possible plans going forward with Rozier and Havoc.

‘Pistol’ Pete said, “I’m always in the gym working hard and I have a great team behind me headed up by Andre. We’re all excited about the Havoc/MTK link up and excited to see how that works out over the next few months, and I’m hoping I can be a part of that.

“I want to get back in the ring as soon as possible. The team is working to make that happen and I’m hopefully going to be able to announce a fight inside the next few weeks. I want to be back in the ring ASAP as I’m always ready to fight.

“I know Andre and the team have been working on some big possibilities, so if I can be a part of those and get active again that’s what I’m gunning for. I’d like to fight before the years out and then definitely get into the mix with the big names in 2021. That’s what I want.”