Dmitry Bivol Has No Issue With Facing Joshua Buatsi in UK

WBA light heavyweight champion Dimitry Bivol is looking for a big fight, against a notable name, and he would have no problem with a showdown against Olympic bronze medal winner Joshua Buatsi - and he would even take that fight on UK soil.

Next month at the Manchester Arena, Buatsi (12-0) will face veteran Blake Caparello in a WBA final eliminator.

Bivol (17-0) was in action last week in Chicago, where he dropped a dominated Lenin Castillo over the twelve round distance. 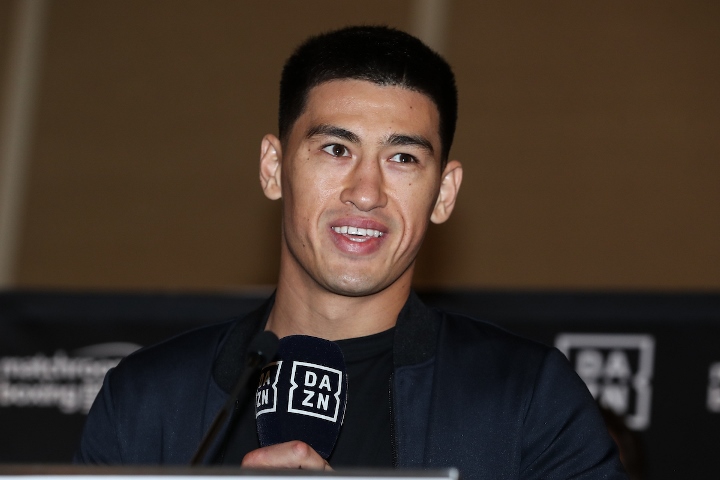 Bivol would love to face the winner of the two upcoming light heavyweight mega-bouts. Later tonight, Artur Beterbiev and Oleksandr Gvozdyk will clash in a WBC, IBF unification in Philadelphia. And on November 2, Canelo Alvarez will move up by two weight classes to challenge WBO light heavyweight champion Sergey Kovalev in Las Vegas.

If Bivol is unable to secure the of either fight, he would be more than happy to travel across the ocean to face Buatsi.

And the fight would not be hard to make, as Bivol and Buatsi are both handled by promoter Eddie Hearn of Matchroom.

“Yeah, why not [face Buatsi in the UK? It’s a good fight. I know he is famous in the UK. I have been there in the UK and I like UK fans, because they love boxing," Bivol told IFL TV.

[QUOTE=Phill lynott;20130384]There is one called Zurdo! And he will go to Russia. How bout that Bivol? Buatsi! Really? At Bivol's level why take a step back. Zurdo would be his and every LHW's toughest challenge. Bank on it![/QUOTE] They allegedly…

Why not, but Buatsi must beat Caparello first.

Joshua Buatsi is not a big name and is still very very green. Not even sure how he managed to win a Bronze medal. Only time it makes sense to see Bivol v Buatsi in the ring is in a…

There is one called Zurdo! And he will go to Russia. How bout that Bivol? Buatsi! Really? At Bivol's level why take a step back. Zurdo would be his and every LHW's toughest challenge. Bank on it!

Buatsi is nothing. Id rather Bivol fought the winner of this weekend's fight.