Once the action resumed in their scheduled six-round welterweight bout, the flashy Giyasov continued hammering Zamudio with head and body shots until Zamudio took a knee. Referee David Fields immediately stopped their fight once Zamudio went to the canvas for the second time in the first round. 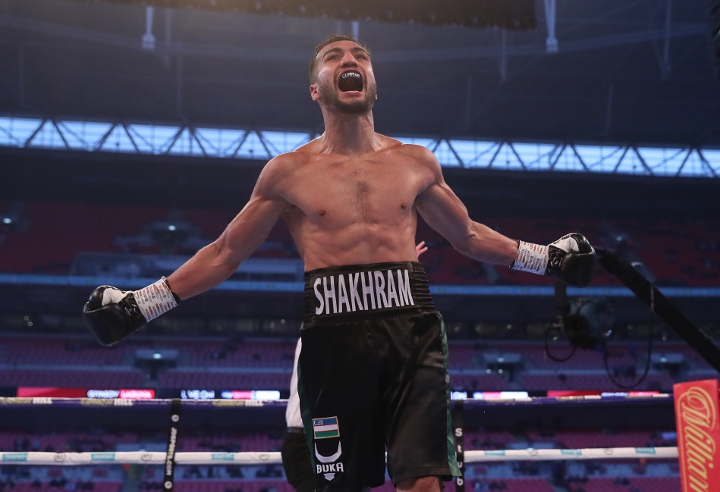 The 25-year-old Giyasov, a silver medalist at the 2016 Summer Olympics, upped his record to 6-0 on the Dmitry Bivol-Jean Pascal undercard at Hard Rock Hotel & Casino’s Etess Arena. He also recorded his fifth knockout.

The 27-year-old Zamudio lost by knockout or technical knockout for the 10th time since he turned pro in March 2009.

In the bout before Giaysov won, Russian heavyweight prospect Sergey Kuzmin knocked down LaRon Mitchell three times before their scheduled 12-rounder was stopped in the sixth round. Kuzmin floored Mitchell once apiece in the third, fifth and sixth rounds.

In another bout Saturday night, Honolulu’s Logan Yoon (14-0, 11 KOs) stopped Uganda’s Hamza Sempewo (14-11, 7 KOs) in the fifth round of a six-round welterweight bout. Sempweo, 37, has been knocked out in five consecutive fights.

In the first fight Saturday night, Russia’s Evgeny Tishchenko scored a second-round knockout of Mexico’s Christian Mariscal in a heavyweight match that was scheduled for six rounds.

The 27-year-old Tishchenko (3-0, 2 KOs), an Olympic gold medalist in 2016, knocked down Mexico’s Mariscal (11-2, 5 KOs) once in the second round before their fight was halted one minute and 38 seconds into that period.