Switch-hitting Anthony Dirrell can earn the mantle of “two-time champion” in victory over Turkey’s Avni Yildirum for the WBC’s vacant super middleweight title on February 23 at The Minneapolis Armory in Minneapolis, Minnesota on Fox (10 p.m. ET/ 7 p.m. PT).

Benavidez was stripped of the crown and suspended for six months following a positive drug test for benzoylecgonine, a main ingredient for cocaine. 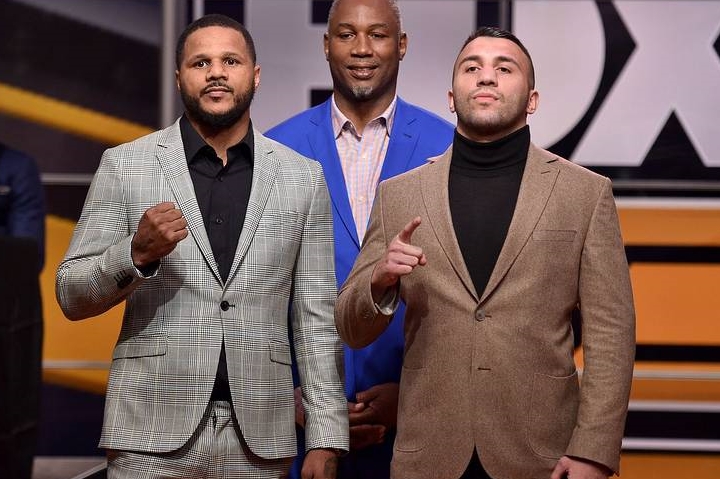 Once the youngest world champion in division history, the 21-year-old Benavidez could return in March for a fight, and, if victorious, challenge the winner between Dirrell and Yildirum, in accordance with WBC rules.

A switch-hitting 6-foot-2 native of Phoenix, Arizona, Benavidez had been mandated for a September 2017 defense Dirrell, who pulled out due to a back injury.

Instead, a then-20-year-old Benavidez earned a split-decision over replacement Ronald Gavril, surpassing 22-year-old Darrin Van Horn’s accomplishment in May 1991, and winning his February return bout with Gavril by near shutout unanimous decision.

Coming off a first-round knockout of Jose Antonio Rodriguez in July, the 27-year-old Yildirum is 4-0 (two knockouts) since being stopped in the third round by title challenger Chris Eubank Jr. in October 2017.

“This [opportunity] feels good. It motivates me,” said Dirrell, who turned 34 last month. “This [Yildirim] is the next guy down since David Benavidez got suspended, but he’s a good fighter and I’m ready for the challenge.”

Dirrell won his title by unanimous decision over Sakio Bika in August 2014 after battling Bika to a draw in December 2013. But Dirrell lost his next fight and the crown in April 2015 by majority decision to Badou Jack, who was two victories removed from a 61-second stoppage loss to Derek Edwards in February 2014.

Since then, Dirrell is 5-0 (two knockouts), including a unanimous decision over title challenger Marco Antonio Rubio (September (2015) and a two-knockdown, first-round stoppage of former champion Caleb Truax (April 2016).

Dirrell won his last fight in April by unanimous decision over Abraham Han, whom he floored in the first round but couldn’t finish.

Wow Vagni Dildo-Rim is still alive after that beatdown from Eubank Jr.?

strong candidate for worst world title fight of all time

I think Canelo should have been the one fighting for this belt vs Dirrell or Yildirim instead of challenging for a fake belt.

What an absolute joke of a Title fight.

Mann it’s frustrating to see the bum brother always making comebacks instead of the talented Andre Dirrell. Andre Dirrell needs to see some more shrinks and sht and get his act together cuz he has all the physical tools to…