Dirrell Gets Technical Split Decision Over Yildirim For WBC Belt

Problem was, the cut Dirrell suffered along his left eyebrow was caused by an accidental clash of heads during the ninth round of a terrific back-and-forth fight. In accordance with Association of Boxing Commissions’ rules, their WBC super-middleweight title fight went to the scorecards once a ringside doctor determined the long, deep gash across Dirrell’s eyebrow was too bad for him to keep boxing.

Two judges scored their scheduled 12-round fight for Dirrell by the same score, 96-94, in the main event of FS1’s three-bout broadcast from The Armory in Minneapolis, Minnesota. One judge had it 98-92 for Yildirim, who vehemently disputed his split, technical-decision defeat in the ring. 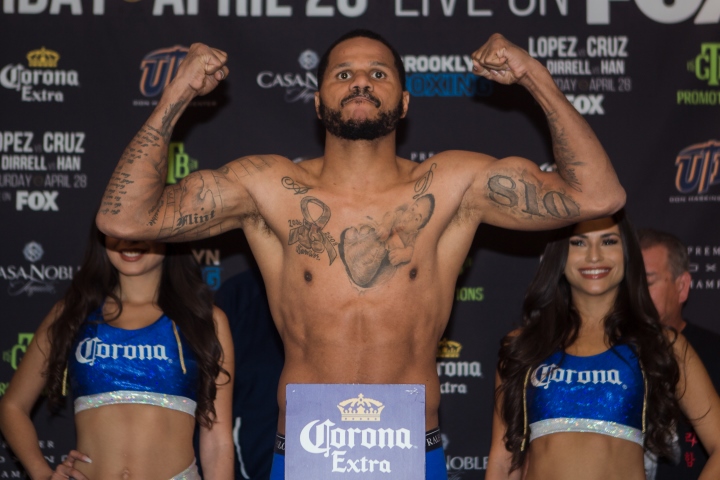 Dirrell, 34, and Yildirim, 27, fought for the vacant WBC super middleweight title. The WBC stripped that championship from undefeated David Benavidez because he tested positive for cocaine late last summer.

Referee Mark Nelson called for a break in the action with 1:07 to go in the 10th round. A ringside physician looked at Dirrell’s cut and decided the laceration along his left eyebrow was too dangerous for him to continue.

Yildirim seemed to think he had won by technical knockout and began celebrating. Nelson quickly informed Yildirim and his team that their fight would go to the scorecards because a clash of heads caused Dirrell’s prohibitive cut.

The eighth round was perhaps the most action-packed three minutes of what had developed into a fantastic fight. Dirrell and Yildirim fought through some seemingly damaging shots during the eighth without so much as taking a step backward.

Nelson warned Yildirim at the 1:42 mark of the seventh round for shoving his glove underneath Dirrell’s jaw and pushing his head back.

Dirrell appeared to affect Yildirim with several vicious body and head shots late in the seventh round. Yildirim managed to come back, however, and landed a straight right up top that got Dirrell’s attention before that round ended.

Yildirim pressed forward to start the sixth round and landed a few right hands. That only made Dirrell unload his own power punches that backed up Yildirim.

As Yildirim continued to throw to Dirrell’s head later in the sixth, Dirrell invested in body work he hoped would slow down his persistent opponent.

The first half of the fifth round featured sustained back-and-forth action. Both boxers landed their fair share of power punches to the head and body.

Later in the fifth, Dirrell drilled Yildirim with a left hook that got his attention. Another great exchange unfolded just as the fifth round ended.

Dirrell shook his head at Yildirim once the bell sounded, to let Yildirim know nothing he landed affected Dirrell.

With his back against the ropes, a confident Dirrell pounded away with body and head shots at Yildirim early in the fourth round. As they exchanged, Yildirim drilled Dirrell with a straight right hand the 20-second mark of the fourth.

Dirrell led with a jarring jab to Yildirim’s chest in the third round and followed up by throwing a lunging right hand that landed. The force of that punch actually lifted Yildirim off his feet.

Yildirim trapped Dirrell in a corner about a minute into the second round and traded body shots with Dirrell.

Dirrell fended off the aggressor during the first round by pumping his jab and landing a hard, right uppercut, the best punch either fighter connected on in those first three minutes.

Sigh...the recording starts, it's not boxing...its some college basketball game...the actual boxing show starts a half hour into the recording. I missed the entire Dirrell fight...just one round, before the recording ends. I even had the customary extra half hour…

Dirrell got hit way too much by a guy who was supposed to be an easy picking.

Dog is long in the tooth. He struggled with a really limited guy in Yildirim. I had Dirrell barely ahead.

One of the nastys managed to scab another belt..the Dirrell brothers are boxing algae fish.