Dillian Whyte will face Oscar Rivas for the number one Heavyweight spot in the WBC at The O2 in London on Saturday July 20, live on DAZN and Sky Sports Box Office. (photos by Mark Robinson). 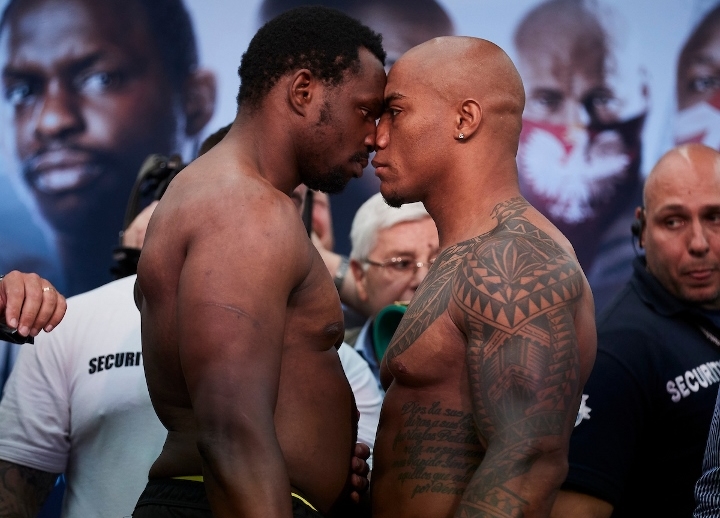 [QUOTE=Oldskoolg;19916631]Shhhhhhhh you’ll anger the casual Hearn minions who despise the ground wilder walks on because Hearn told them too[/QUOTE] LOL...it’s still coming from them, night isn’t over yet.

[QUOTE=markther;19916600]Nothing about Whyte that suggests he could beat Fury or Wilder. Fury would play with him and Wilder would stop him.[/QUOTE] Tend to agree - I like Whyte, he’s definitely improved with his jab and punch variety but still think…

How the hell did boxingscene give Rivas the 12th? For a shoulder punch? :rofl:

Good boxing by whyte, decent win, but I still think dillan is a bit chinny, as he got dropped again, it seems to becoming a patten now, wilder / fury beat him. Rivas will come again.

[QUOTE=Pan-Africanist;19916589]I still don’t buy Dillian Whyte. I used to call him a bum with a mouth. I think he’s graduated to a fridge contender. I don’t see heavyweight champion ability.[/QUOTE] Hes certainly top ten. What that says about the division…