Back in 2015, Joshua knocked out Whyte in the seventh round of their grudge match.

In a recent interview, Joshua acknowledged that he was nearing the end of his career - with a five year period, at most, to continue in the sport. 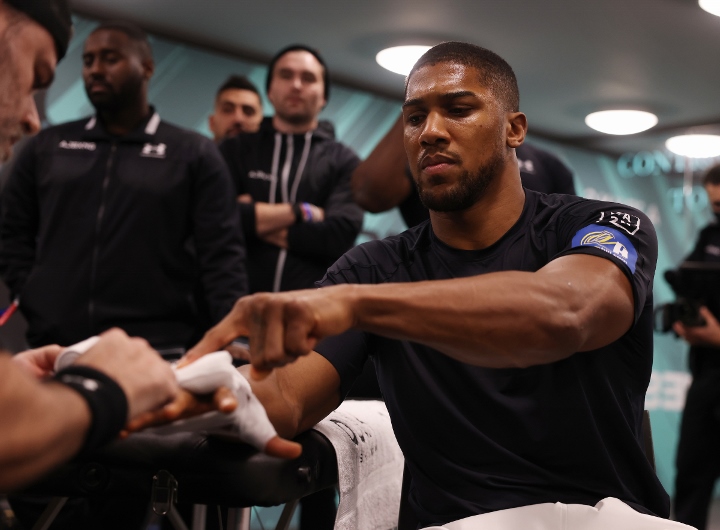 Whyte views the recent statements as some type of sign that Joshua's motivation to continue his career is declining.

He regards Joshua as being more of a businessman than a fighter.

"He seems to be fighting a lot more defensively than he used to do. Maybe he's thinking, 'You know what, I haven't got long left, it's a hard game.' "When you achieve everything you've set out to achieve and you've got lots of money, sometimes you think, 'You know what, let me just retire and go and do something else.'

Joshua was in action last month, when he knocked out IBF mandatory challenger Kubrat Pulev in nine rounds.

At the moment, Joshua is negotiating a potential two-fight deal for a full division unification against WBC champion Tyson Fury.

Whyte was in the ring back in August of last year, when he was knocked out in five rounds by Alexander Povetkin. After several postponements, a rematch with Povetkin is being targeted for a date of March 6th.

[QUOTE=DaNeutral.;21019876]And Joshua is about to have 2 fights with the number one man in the division and he hasn't waited any where near 42 fights in to his career to do it. Where was your salt for Wilder when he…

[QUOTE=Jkp;21019741]Wilder fought the #1 guy twice. Keep up. There's plenty of ways to avoid Mandatories, there's at least 4 Mandatories for him right now and will be another 4 after them. Lining up a fight....? Just like he lined up…

I wonder if Whyte is still questioning that uppercut though?

[QUOTE=DaNeutral.;21019454]Well why have you not been calling Wilder a paper champion for years? Surely by your own logic he was one. So Joshua wasn't a champ when he fought Ruiz to win his belts back, but he was fighting A…