Dillian Whyte: I Would Love To Smash Deontay Wilder's Face In!

Heavyweight contender Dillian Whyte is willing to step in the ring with Deontay Wilder - if the former champion is serious in facing him next.

Wilder filed a legal action to enforce a rematch clause with WBC world champion Tyson Fury, who believes the contractual obligation expired back in October.

If he fails in that pursuit, Wilder named several fighters that he could face in the first quarter of 2021 - and Whyte was one of those names. 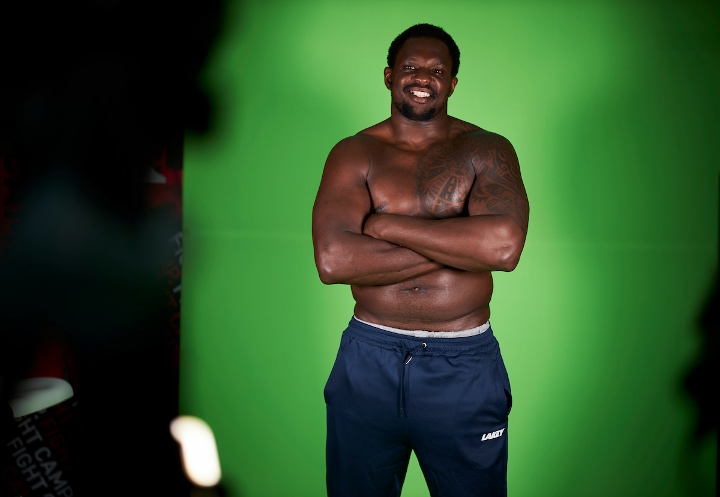 Whyte is also in need of a dance partner.

Back in August, he was knocked out in five rounds by Alexander Povetkin.

A rematch was set down for November 21, and then January 30, with both dates being postponed as Povetkin recovers from a tough battle with COVID-19.

Whyte would like to fight sooner than later - even if it means facing another opponent in the coming months and then staging the Povetkin rematch in the summer.

If Wilder is serious, Whyte is willing to listen.

"I would love to smash Deontay Wilder's face in," Whyte told Sky Sports. "It's one of those fights where I would be very charged up. I would go out in the first round and just get going after him.

"It is frustrating, but it's still a big name. He's one of the top guys and I would love to fight him. He has to be serious. We offered him six, seven million dollars once and he turned it down when he was making one million dollars to fight Luis Ortiz. How serious is he?

"But when they're in a bad position, they want to fight me now because it's a win-win for them. If they lose, they get paid well, if they win, they're back in the frame. These guys have got no respect."

[QUOTE=tonysoprano;20969721]No i agree Wilder's resume is trash. Very protected. But Dillian talks a lot of trash without much to back it up. Wilder catches him clean he's going to sleep instantly.[/QUOTE] Wilder has yet to beat a prime puncher /…

[QUOTE=REDEEMER;20969702]Yet would be arguably Wilders best win . Povetkin would easily be Wilders best win ,you guys don’t get to give credit to Wilder he didn’t defeat any of those guys you mentioned either . Ortiz is older then Povetkin…

[QUOTE=tonysoprano;20969695]If Whyte could box half as well as he talks he wouldn't have been put on his ass by a 40 yr old. Dude talks BS, Joshua almost murdered him, Povetkin flattened him. Scraped past Chisora he's basically a journeyman…

If Whyte could box half as well as he talks he wouldn't have been put on his ass by a 40 yr old. Dude talks BS, Joshua almost murdered him, Povetkin flattened him. Scraped past Chisora he's basically a journeyman…

[QUOTE=Armchairhero;20969659]Seriously who do you think is more racist fury or Wilder?[/QUOTE] Wilder is a hood rat at heart with serious mental instability who’s drive is actually getting race into his career with racist to boost his his popularity because it’s…