Dillian Whyte is approaching his upcoming fight against Alexander Povetkin on May 2 as all systems go despite the coronavirus global pandemic that has caused an abrupt stop to every major sporting event around the world. 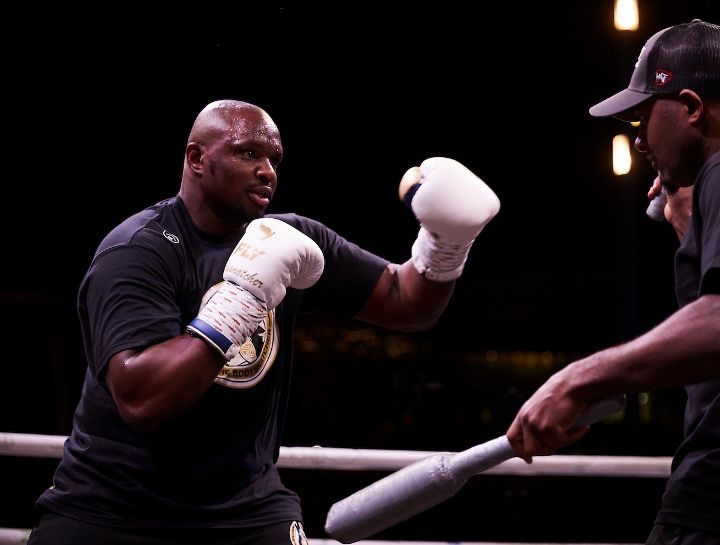 Whyte opted for a car instead of an airplane not for the fear of catching germs, but because he wanted to bring his dogs along for the ride as well for a fight that’s slated to take place at the Manchester Arena in England.

“The mindset is my date is not cancelled, my date is still going ahead, so I’m training. I’m a professional, I’m trying to be professional and keep training, and trying to stay positive,” said Whyte. "It's very important to show people in this time that it's important to train, to get on with life the best you can in these kinds of situations, because it is easy to panic and just shut down. I'm just trying to show as much positivity as I can .. It's quiet but there's food on the shelves and I have a good set-up here.”

On Monday, the British Boxing Board of Control suspended all events until the end of April.

Hearn is still uncertain how he’ll be handling the Whyte fight.

“It’s going to take time for people to gain confidence, trust and want to go out again,” said Hearn in a separate interview. “We have contingencies in place to move Dillian Whyte to the middle of June ... We’ll make an official announcement this week.”

The 31-year-old Whyte (27-1, 18 KO) also shifted the conversation with Hearn toward his lone conqueror in Antony Joshua, who beat him in 2015.

“I’ve come a long way physically and mentally since that time,” said Whyte. “I think we’ve both come on so much and learned so much. We have so much mutual respect. I’d like to fight Joshua two or three more times in my career, win, lose or draw. That fight would make you run extra miles. It would make you do things correctly, that one fight.

“We just have to get through this hard time. This is a serious time in the world to be talking about boxing. But as soon as it clears up, me and the guys will be ready to go,”

[QUOTE=BIGPOPPAPUMP;20478720]Dillian Whyte is approaching his upcoming fight against Alexander Povetkin on May 2 as all systems go despite the coronavirus global pandemic that has caused an abrupt stop to every major sporting event around the world. [[URL=https://www.boxingscene.com/?m=show&id=147824]Click Here To Read…

“I’ve come a long way physically and mentally since that time,” - yep, you looked awful against Wach. Just like you did against AJ.

These Wilder fans do not understand the use of hyperbole at all... Very soured after their idol lost to a superior boxer in skills, intellect and all. Will they ever stop crying?

[QUOTE=James Hunt;20478983]Will have to become Whyte's mandatory. :D[/QUOTE] Where is Dillian getting a title? If Eddy liked Whyte, he would have given him one.