The 19-year-old super middleweight prospect overpowered the Mexican veteran with right uppercuts that abruptly brought an end to their scheduled six rounder in the second round at TV Azteca Studios. Referee Rafael Saldana ended their bout at 2:02 of the second round, as soon as Mendez took a knee after absorbing another right uppercut. 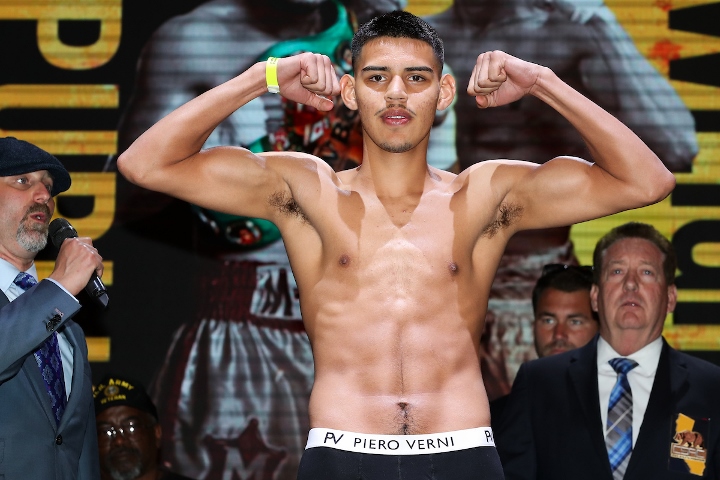 Los Angeles’ Pacheco upped his record to 10-0 and produced his eighth knockout on the Juan Francisco Estrada-Carlos Cuadras undercard. The 33-year-old Mendez (12-3-2, 10 KOs) lost by knockout for the second time in his nine-year pro career.

Mendez, a significantly shorter southpaw, couldn’t get inside on the 6-feet-4 Pacheco, who used his jab to establish distance and get off his power shots.

With just under two minutes to go in the second round, Pacheco caught Mendez with two right uppercuts. That was an indication of what was to come later in that round.

Pacheco stepped backed and clocked Mendez with another right uppercut that made Mendez take a step back and go down to one knee. Saldana sensed Mendez shouldn’t take more punishment and promptly waved an end to the action.

Diego Pacheco will be world champ, mark my words. He´s a great prospect.