The 10 round bout will take place at the Belasco Theatre in Los Angeles, Calif. Magdaleno was initially announced to be fighting Fidel Maldonado, who ended up never signing the contract.

Magdaleno (28-2, 12 KOs), who is managed by Espinoza, has not fought since October 10 of last year, when he was stopped in the second round by WBO lightweight titleholder Terry Flanagan. 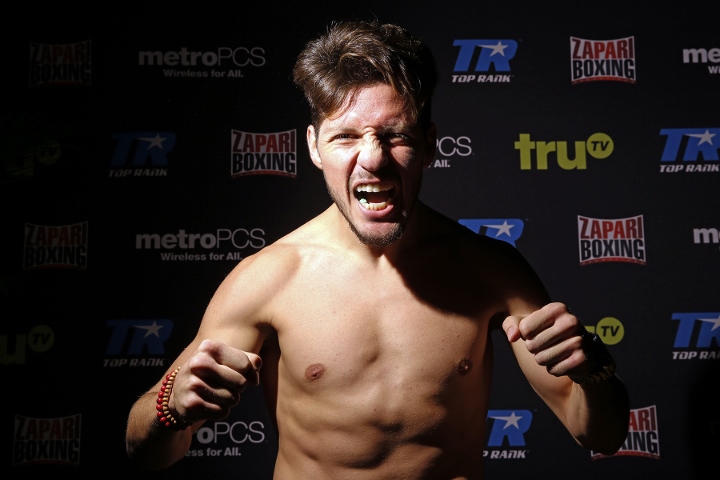 Magdaleno, who resides in Las Vegas, has won five bouts in a row since losing by split decision to Roman 'Rocky' Martinez in April of 2013. He was released by Top Rank in February.

Hovhannisyan (17-2-3, 9 KOs) is winless in his last two bouts. The Armenia-born fighter is coming off a split-decision draw to Fidel Maldonado on May 20.

Hovhannisyan's most notable wins have come over Miguel Acosta and Archie Ray Marquez.

The winner is back in title contention, while the other fighter has to seriously reassess his career.

In the co-feature bout, unbeaten lightweight prospect Damon Allen (10-0, 4 KOs) will fight in an eight round bout. Allen, who resides in Philadelphia, is one of Golden Boy Promotions' top prospects.

Both fights will air live on Estrella TV or on RingTVLive.com, beginning at 10 p.m. ET/ 7 p.m. PT.