The World Boxing Council has officially ordered a rematch between WBC heavyweight champion Deontay Wilder and former champion Bermane Stiverne. The WBC wants the two boxers to begin negotiations on Monday. If no deal is reached in 30 days, then the sanctioning body will order a purse bid.

Stiverne is the only fighter to last the twelve round distance with Wilder. 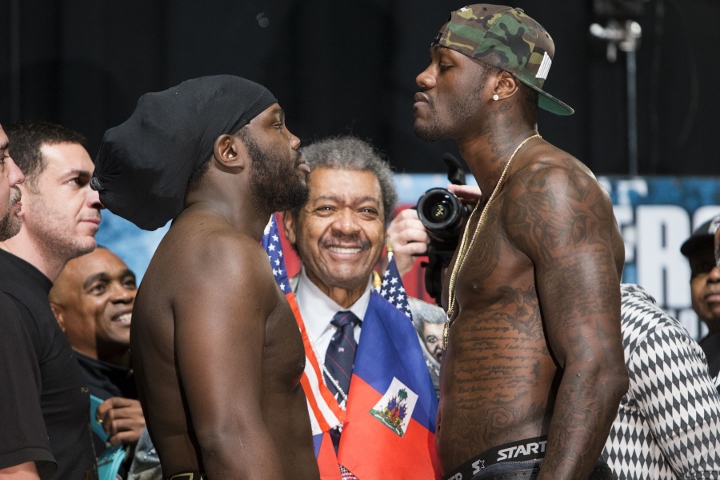 Stiverne has been very inactive. He's only fought once since the loss to Wilder and hasn't been in the ring since a decision victory over Derric Rossy in November of 2015. Stiverne went down in that fight.

The Canadian boxer was scheduled to face Alexander Povetkin last December in Russia in a final WBC eliminator. The fight was canceled on the morning of the event, after the WBC withdrew their sanction after learning that Povetkin tested positive for a banned substance.

Initially it appeared that the WBC would order a final eliminator between Stiverne and Luis Ortiz, who is ranked at number two - but now the sanctioning body has decided to go in another direction.

Wilder and his team are likely going to ask for a delay in making the mandatory defense. The Olympic bronze medal winner is very focused on securing a unification fight - with WBO world champion Joseph Parker at the top of his list.

On Saturday night at the Legacy Arena in Alabama, Wilder returned from right arm injuries to stop Gerald Washington in the fifth round and retain his WBC heavyweight title in a fight that heated up quickly after a quiet start.

Wilder (38-0, 37 knockouts) seemed mostly cautious with his right in the early rounds but staggered Washington (18-1-1) and sent him down with a hard one followed by a left in the fifth.

Referee Mike Griffin stopped the fight at 1:45 of the fifth after Wilder punctuated his barrage with a left uppercut. An unsteady Washington wobbled against the ropes on the opposite side after the stoppage.

Last year, Wilder, 31, broke his right hand and tore his right biceps in a knockout win over Chris Arreola, a replacement after Alexander Povetkin's disqualification for testing positive for meldonium. Wilder spent part of his training camp in a New York courtroom, where he won a unanimous decision in seeking the $5 million payday from the Povetkin fight.

[QUOTE=yammy25;17459999]You keep mentioning Wilders ruling and the WBC having such stock in that , that it means they wouldnt want to fight stiverne in court over sanctions he himself agrees to as a WBC fighter. Wilders purse was guaranteed, stiverne…

Povetkin's stupidity really has had some dire consequences.

[QUOTE=original zero;17459956]Nothing I said would indicate to a person of reasonable intelligence that I thought the WBC had to pay the purse. So you're either an idiot, a troll, or both. Either way, it's very clear you're a failure in…