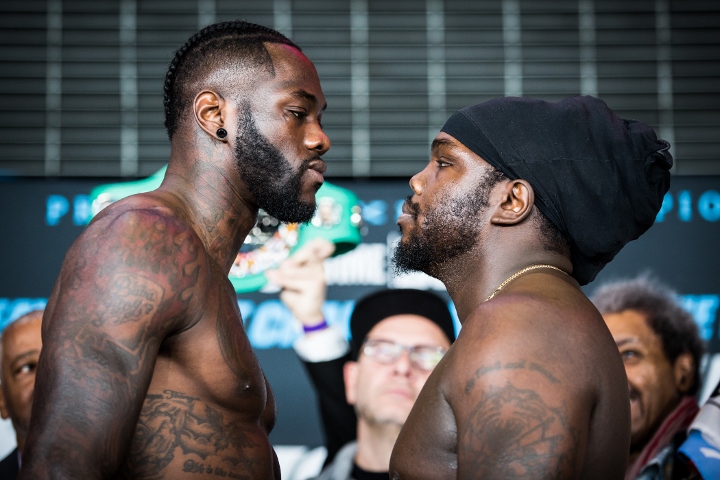 Joining the fighters and press conference participants onstage was Hall of Fame Promoter Don King, who promotes Stiverne and predicted that his fighter would shock the world and deliver an upset on Saturday night.

"Stiverne was the only man to survive the 'Alabama Slammer' and avoid a knockout. When I knock him out, then nobody will be able to say they made it through against me. He was nothing but a lot of lumps and excuses after the first fight.

"It's been a long road for me. I've had my ups and my downs. The ups I've celebrated, but the downs have hurt the most. It's all led me to here. All I ever wanted to do is prove to the world that I am the best. I am the baddest. I hit the hardest. I am the most feared. My record speaks for itself.

"Winner takes all. I am a man of my word. We've heard Bermane Stiverne say these same things before. We've heard it all before. What happened the first time? Everybody knows. Hopefully he doesn't get dehydrated this time.

how many shots did that fos POS stiverne even land?

[QUOTE=vaynardevil;18184713]dude he has 1 KO power doesn;t matter his suck skills[/QUOTE] any heavyweight has 1 punch KO Power. Stiverne did not even hit back... he was a punching bag. lol.

Every time Wilder opens his mouth he sounds as though he was deprived of oxygen at birth. The windmill KO's a slob in front of 11k fans. Yawn

[QUOTE=MaksBox;18184690]One thing for sure though, lol, Wilder has NO boxing skills... lol. windmilled stiverne into KO.[/QUOTE] dude he has 1 KO power doesn;t matter his suck skills

What a joke of a fight. I think he will fight a bus driver next!