Deontay Wilder: Legacy Is More Important Than The Business

Deontay Wilder will earn a career high pay day when he faces Tyson Fury on Saturday, but if you leave it to the Alabaman he’d rather chase a legacy than a paycheck.

“I remember a time when the heavyweight division was dead, and no one knew who the champion was. Now, the division is on notice and everyone understands what’s going on, and what better name to represent than me,” Wilder told BoxingScene.com in an interview. “Some guys don’t want to fight the best and are in it for other things. They just want to talk about the business of boxing. I’m into business, but I’m also into legacy and being great. That’s important to me.” 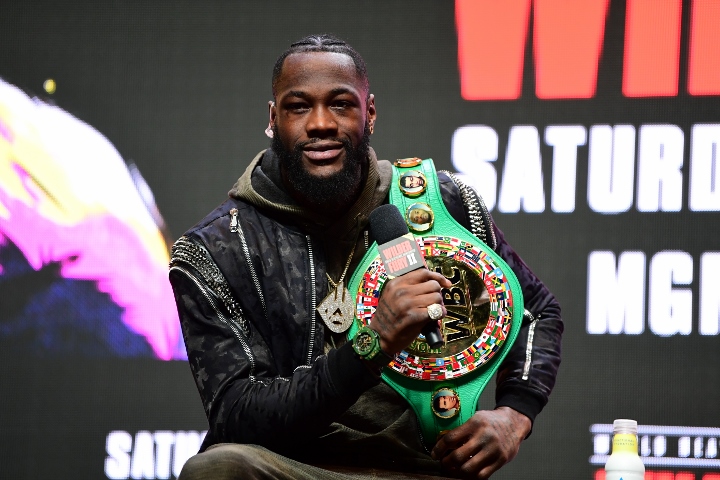 Last year, Wilder declined a $100 million deal from DAZN because he suspected dishonesty from the streaming platform. At the time, he said money is not going to be the motivator of everything.

Wilder, a PBC fighter, is tied to Fox and Showtime, but he feels he can still secure a fight with the likes of Anthony Joshua, who fights on DAZN, because he has already set the precedent for how a deal for a mega fight can get done with Fury, a Top Rank fighter tied to ESPN.

“The only thing you can keep telling fans is to stay patient [on the Joshua fight],” said Wilder. “Keep supporting the sport and witness greatness. Big fights can be hard to make due to a lot of things, but if anyone can make fights, it’s us, as you’ve seen in my promotion with Tyson Fury. It’s breaking the ice. The best should fight the best, eventually. I’ve made it a promise to only fight the best ever since I won the title, and that’s what I’ve been doing.”

[QUOTE=World Champion;20406214]How? Hearn was refusing to put it on PPV.[/QUOTE] ya I forgot hearn wanted it on DAZN. when wilder offered aj 50 mil. sure it would've been showtime ppv

[QUOTE=nino brown21;20406106]when aj was undefeated. that fight would've easily done over a million ppvs.[/QUOTE] How? Hearn was refusing to put it on PPV.

thats why I said they both phucked up. I know aj didn't want it. that was the fight that would've elevated boxing.