Sources with knowledge of the discussions have advised BoxingScene.com that Chris Arreola is the current frontrunner to challenge WBC heavyweight champion Deontay Wilder (36-0, 35KOs).

The fight would take place in mid to late July, but there is a possibility that it might land in early August.

Wilder was scheduled to make a mandatory defense against Alexander Povetkin on May 21 in Moscow, Russia - but a little more than week before the fight both camps were advised that Povetkin had failed a pre-fight drug test and came up positive for Meldonium. 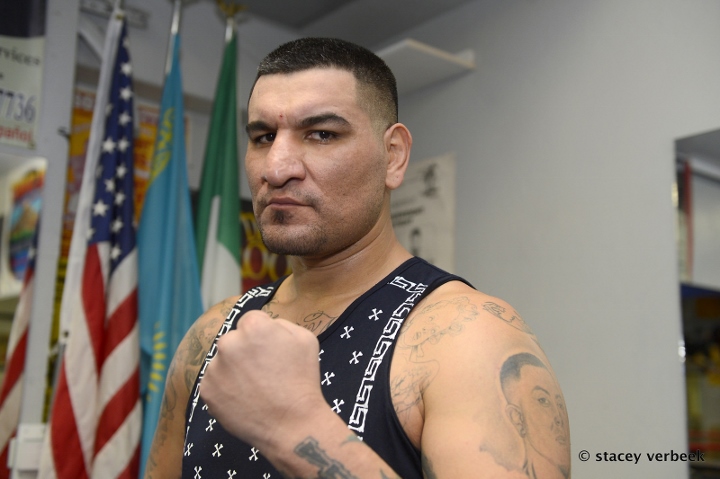 The WBC officially postponed the fight with Povetkin, and on Wednesday they issued an order which allowed Wilder to make a voluntary defense against any opponent of his choosing in the WBC's top 15.

Arreola is currently not ranked by WBC, because the boxer tested positive for marijuana in the aftermath of his split decision win over Travis Kauffman last December. The fight was changed to a no-decision and Arreola's 90 day suspension expired in March. The sanctioning body is likely to rank him in the top 15 once the boxer's management submits a request.

If finalized, this would mark as the third world title opportunity for Arreola (36-4-1, 31 KOs). And the third time he's going after the WBC title. He was stopped by Vitali Klitschko in 2009 and also by Bermane Stiverne in 2014.

Based on his recent performances, Arreola will be a significant underdog in the contest. Wilder wants to stay active and return to the ring as soon as possible, with one eye on a potential year-end unification against the winner of July's rematch between Tyson Fury and Wladimir Klitschko. Both Wilder and Arreola are advised by Al Haymon.

[QUOTE=RussTBE;16745072]Povetkin blew his chance might as well give it to arreola[/QUOTE] Why? What's Arreola (another drug cheat) done to deserve it?

Povetkin blew his chance might as well give it to arreola

In pursuit of a hvywght title on his 3rd time around....

On this corner the 2 time Heavyweight Title Challenger....

Bumfights for bumsquad. Deontay is back with a vengeance. Fock me.