Dennis Hogan (28-3-1, 7 KOs) is planning to return to the junior middleweight division, with the hope of making a run for a third world title shot.

In 2019, Hogan traveled to Mexico and lost a controversial twelve round decision when he challenged Jamie Munguia for the WBO junior middleweight title. Most at ringside felt Hogan had done enough to get the decision.

He returned to the ring in December, and moved up to the middleweight limit of 160-pounds to challenge WBC world champion Jermall Charlo. 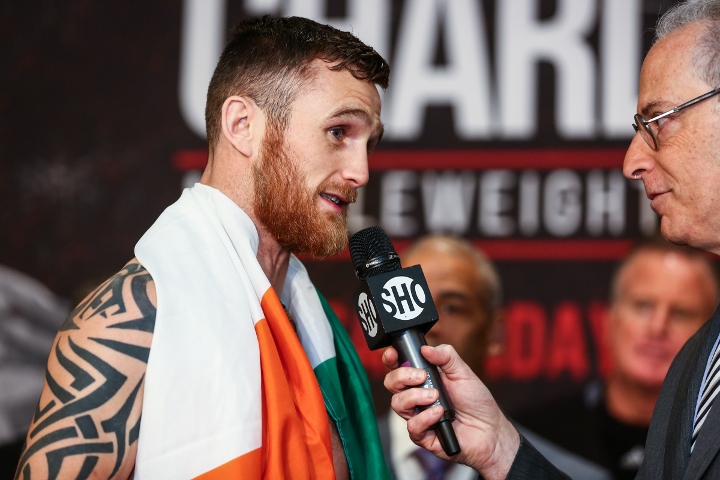 Charlo was too big and too strong, as he stopped Hogan inside the distance.

Now the moved for Hogan is to return to 154-pounds, with a plan to fight in the United States in his immediate future. At the moment boxing is on hold due to the ongoing coronavirus pandemic.

“I will be moving back to my ideal weight of super welterweight for my next fight in America,” Hogan explained to Irish Boxing.

Despite his plan to fight in America, he still wants to bring a big event to Ireland, which is going to depend on the right opponent and event scenario.

“I am 100% committed to fighting in my home country in a meaningful fight. My team are still focused on it and I will make it happen. Irish boxing deserved the good time’s back.”

Interesting to see Dennis Hogan again in the 154 lbs and fight in the USA. Respect to him. :)

Sounds like he will be fighting under the PBC banner again, if so good for him