Denis Shafikov Plans To Keep a Close Eye on Easter vs. Cruz

According to his manager, lightweight contender Denis Shafikov will be negotiating for his mandatory world title fight after February 10th.

Earlier this month in Russia, Shafikov won a twelve round split decision over Richard Commey to become the mandatory challenger to the International Boxing Federation (IBF) lightweight title .

For the 31-year-old Shafikov, it will be his third opportunity to win the world title. In his two prior attempts, he was defeated by Miguel Vazquez of Mexico and Rances Barthelemy of Cuba. But now the tough boxer is improving after securing the services of veteran trainer Abel Sanchez. 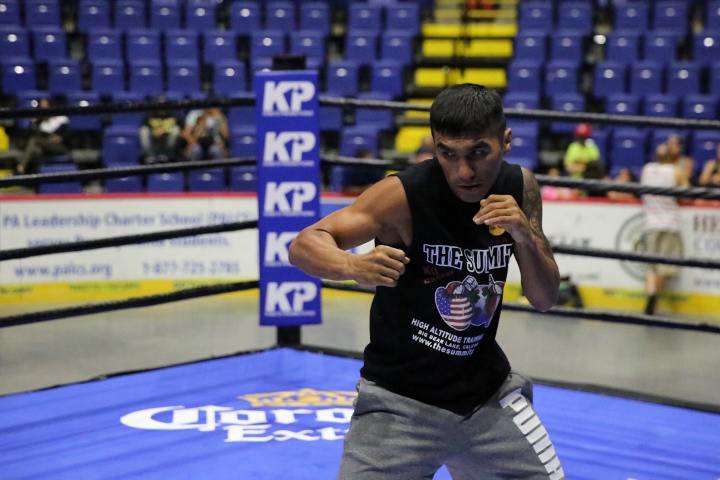 On February 10th, IBF world champion Robert Easter (18-0) will hold a voluntary title defense against Puerto Rican fighter Luis Cruz. The winner of the contest will have to make a mandatory defense against Shafikov or face the possibility of being stripped.

"We look forward to the fight on February 10 when Easter will meet with Cruz. After that fight, the winner will be required to conduct a mandatory defense (with Shafikov). Further steps will be taken after this fight, as we will begin negotiations. The fight [between Shafikov and the winner] will take place in 3-5 months, depending on how things go in the negotiations. There is a greater probability that [Easter] will win [against Cruz], so we'll tune in," said Shafikov's manager Alexey Vasiliev to Elena Sobol.

Vasiliev also noted that there are investors in Russians who have the desire to stage that fight at home.

"There is a group of people in Bashkiria, who are interested in this fight and it will be great if this fight will take place in our country. We will try to bring the fight to Russia, but let's see," the manager stated.

Shafikov has had 41 professional bouts, scoring 38 win with two defeats and one draw.

Denis eats too much leather, sooner or later he's going to get poisoned. His grit is undeniable, but he should be a featherweight.

[QUOTE=Redd Foxx;17309719]I don't think he's going to be able to pressure, trap, and stifle Easter like he did Commey. Then again, Easter can certainly fight inside and sometimes gets lulled into it. So, it's a worthy fight and I look…

I don't think he's going to be able to pressure, trap, and stifle Easter like he did Commey. Then again, Easter can certainly fight inside and sometimes gets lulled into it. So, it's a worthy fight and I look forward…

i dont know if i can see easter taking that belt over to russia.. and since i'd have to stream it i hope the dont.. shafikov cant feel robbed by the states.. rances beat him clearly but when tr allowed…