PR SPORTS PROMOTIONS in association with BASH BOXING is proud to announce the debut of L.A. BATTLE CLUB on Saturday, June 11, 2016.

The World Famous Los Angeles Badminton Club, located at 10410 Valley Blvd. in El Monte, California will be transformed into L.A. BATTLE CLUB and one of the greatest professional boxing shows to ever hit the San Gabriel Valley.

Highlighting the main card in separate bouts will be two of the best Lightweights in the world in undefeated uber-prospect Joel Diaz Jr. (21-0, 17KOs) and two-time World Title challenger Denis Shafikov (36-2-1, 19KOs).

Dibella Entertainment's Diaz Jr. first garnered worldwide attention when he handed fellow prospect Guy Robb his only defeat to date by 7th round stoppage in a classic Shobox battle. Since then, the 23 year-old Palmdale resident steadily improved upon his unblemished record and accumulated an 81% career knockout rate in the process. Diaz Jr. is now trained by former Heavyweight World Champion Chris Byrd. 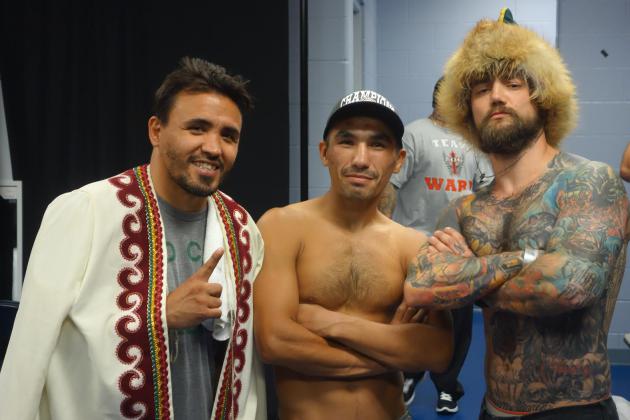 Ural Boxing Promotion's Shafikov, the IBF's #8 ranked Lightweight in the World, is no stranger to big-time TV bouts as he emphatically derailed Rustam Nugaev's march towards a world title on ESPN in 2014, but came up just short late last year on Spike TV against multi-weight Champion Rances Barthelemy (24-0, 13KOs). The Abel Sanchez trained Russian seeks one more World Title shot and plans to make the third time a charm.

Also featured on the card will be the return of Pico Rivera's favorite son, Rico "Sauvecito" Ramos (24-5, 12KOs). Ramos, the former WBA Super Bantamweight World Champion, will look to return to both his championship weight and championship ways after campaigning as a Featherweight.

Another triumphant return is in store for fans attending L.A. BATTLE CLUB as former IBA and IBC Light Heavyweight Champion, Rocky Gannon (30-11, 23KOs), returns to the ring for the first time in nearly 15 years.

L.A. BATTLE CLUB will be presented by PR SPORTS in association with Bash Boxing.

Tickets start at $40 for General Admission and $55 for Assigned Seating. A limited number of VIP tables (including dinner) for 4 are also available.

Man when is my boy & future champion Joel Diaz Jr gonna get a meaningful fight. F#ck his promoter whoever that is this week. Think Jean Pascal had him last I heard. For sure there is something funny with how…