WOHOL, Philippines  --  With a vicious body attack in round two, Cebuano bantamweight Carlo Pepito Demecillo of the Big Yellow Boxing Stable ravaged fast-moving Margarito Moya to claim the vacant Philippine Boxing Federation (PBF) bantamweight title on Wednesday afternoon at the Gym of Bohol Island State University (BISU) here in the Municipality of Candijay in the Paradise Island of Bohol.

During the opening chapter, fans saw Moya making good use of his southpaw stance, throwing and landing combinations to the head and body of Demecillo, who appeared cautious in the middle of the ring defending himself while setting Moya into a dangerous tramp. 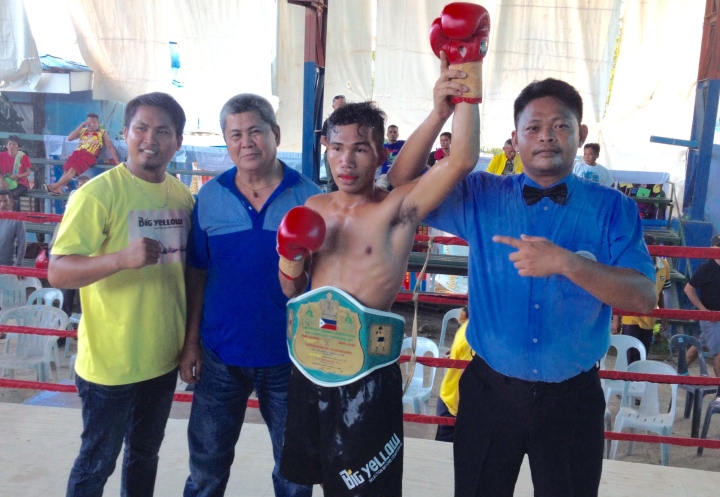 The first stanza might have gone to Moya's credit, though Demecillo was not thinking about points.

A more determinad Demencillo came out for the second round, sending jabs and straight rights, appearing more aggressive, pressing forward against his opponent; while Moya was attempting to surprise with sporadic attacks that employ his right uppercut, a punch that he managed to land with limited success earlier in the fight.

Halfway through in round 2, Demecillo suddenly bombed with huge artillery the bread-box of to Moya, gassing him down to the canvas in obvious pain.

Seating with his butt against the ropes with arms on his knees on a neutral corner, the full 10-second count was delivered by international referee Delbert Pelegrino and the fight was over.

The official time recorded by the accurate GAB time-keeper Mr. Cipriano "Machete" Gonzales was 2:05 minutes of round 2. 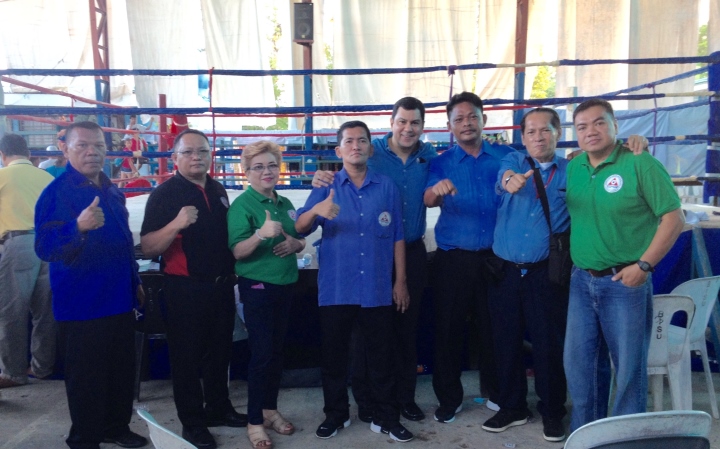 In the afternoon's co-main event, strong-looking Leyteño Rodel Wenceslao of the Joeric Boxing Stable in Mandaue, did not waste any time in punishing with crushing blows local boxer Nelson Tinampay (12-7-1, 5 KO's) of the Municipality of Dagohoy in Central Bohol.

After taking a furious bombardment in rounds one and two, Tinampay surrendered in his corner, advising referee Angelito Piquero that he was not coming out to fight in round three.   With the win, Rodel Wenceslao claims the vacant Visayas Professional Boxing Association (VISPROBA) super lightweight (140 lbs) title.

In the closest fight of the card, back pedaling Robert Awitin born in Balengasag, Cagayan, won a narrow split decision over the more aggressive John Kenan Villaflor who never stopped coming forward, knocking down Awitin to the canvas during the rough action of round three.

Right after the beautiful knock down occurred, the third man Delbert Pelegrino administered the eight-second to a groggy Robert Awitin who at the end of the fight got the nod; and fans would love a rematch.

The entertaining boxing event at Bohol Island State University (BISU) in Candijay, Bohol, sanctioned by the Games and Amusement Board (GAB) was a production of Jimdomar Boxing Promotions of Boholano matchmaker Edgar L. Ricafort, in coordination with Barangay Captain Hon. Arnielo "Tata" Olandria.

Supervisor for the GAB were Ms. Arelene Olondriz and Rolando "Lando" Mendoza.   Fights Inspector was Mr. Glenn Agena and the official GAB Timekeeper was the accurate Mr. Cipriano "Machete" Gonzales.

The author Carlos Costa of Panama is a boxing judge and Boxingscene fight reporter based in Cebu, Philippines.  He attended this boxing card in Candijay, Bohol.   Carlos can be reached by email:  [email protected] and by WhatsApp: +639184538152.