DeGale: I Have To Review The Fight, I Just Didn't Do Enough

James DeGale will consider retirement after losing his grudge match with Chris Eubank Jnr at The O2 Arena in London.

The Olympic gold medallist and former IBF super-middleweight champion demonstrated further signs of decline as he lost for the third time as a professional, and against an opponent he would have expected to convincingly outbox at his peak.

For all that the 29-year-old Eubank Jnr has improved, perhaps partly owing to recruiting the previously little-known Nate Vasquez as his trainer, DeGale again struggled to convince throughout a fight he had previously said would leave the loser with little choice but to retire. 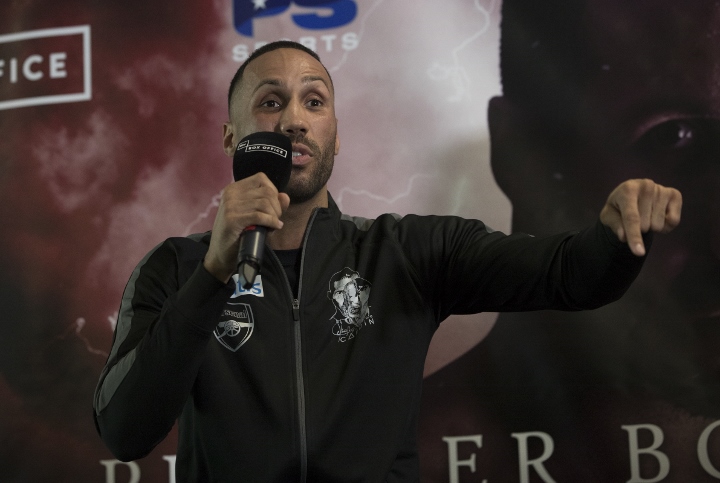 There a few lucrative options left for him to pursue — unlike his rival, who has revived his career with his finest ever victory — and having become Britain’s first Olympic gold medallist to win a professional world title, he insisted he had “made his mark”.

“I’m going to have to go back and watch it. I just didn’t do enough.

“I just didn’t do enough. I’m going to go back, talk to my team, my family, but I’m pretty sure. I’ve been to the heights in boxing, I’m the history man; if I call it a day now, that’s nice.”

“I knew that he was gonna come in there and run. He’s a very slick southpaw. But the game-plan worked. Smart pressure.

“I dominated pretty much every single round. People said I was gonna have my head jabbed off; I proved those guys wrong.

“I’m back on top. This is one of those fights which puts me in a position to challenge for world titles and I’m very happy.

“There was massive pressure. We were both on the edge of this cliff and someone was going to fall, and whoever falls can’t come back. I’m still here now, onwards and upwards.”

DeGale has never been the same after Badou Jack, but last night he was awful. His timing was nonexistent, his punch resistance close to nil. Eubank won't go anywhere. He just beat a corpse; the first serious opponent will remove…

Nice career by De Gale, and that's probably it. He won world titles, although you would maybe expect more from an Olympic gold medallist, but not all medallists do that well in the pro ranks. With modern boxing and all…

Degale is shot, time for him to call it a day. Jr needs to stay away from Callum Smith.