“I am actually very, very serious and I strongly feel that if a Kanye West can do it and announce and maybe tease the world that he would maybe one day wanna run for president, why not me?” De La Hoya told TMZ Sports. 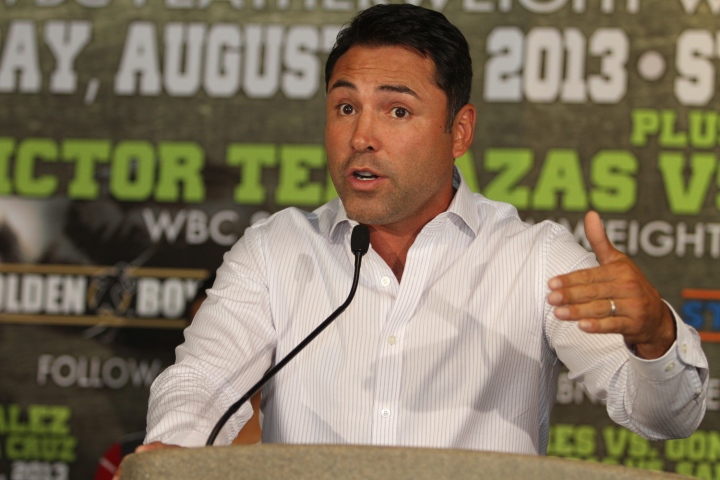 The interviewers at TMZ, unsure if De La Hoya was being serious, further pressed him on the possibility of pursuing a campaign for the White House.

“I actually am [serious]. I actually do want to pursue it, and there’s obviously many reasons,” De La Hoya responded.

“I’m actually in the works of putting a team together to explore in further details to see if this makes sense. If the numbers are right and it looks good, I’m gonna go for it.”

This coming Saturday night, De LaHoya's company will stage the biggest United States boxing event of the year, when Gennady Golovkin and Saul Canelo Alvarez collide for a second time at the T-Mobile Arena in Las Vegas.

[QUOTE=LetOutTheCage;19091339]Yup predictable I provide you with a link and you claim fake news. not wasting my time arguing with someone who wont believe the evidence provided to him.[/QUOTE] Show proof not from a corrupted source.

What will he wear for meetings? Fishnets and cutlery instead of pens?

[QUOTE=brown_knight06;19091191]Show me proof where he was caught in a kkk rally. The same fbi who was weaponized by the clinton crime syndicate and you expect me to believe those numbers?[/QUOTE] Yup predictable I provide you with a link and you…

[QUOTE=LetOutTheCage;19090871]Ah yes the old 'fake news' argument, im sure a president who was previously caught in a KKK rally and calls Mexicans rapists couldnt possibly be fueling racial tension right? I'll humour you with a link:https://ucr.fbi.gov/hate-crime/2016/topic-pages/incidentsandoffenses The FBI statistics on…