Dawejko: My Skills Are Way Better Than Those of Bryant Jennings

This Saturday night from the Liacouras Center on the campus of Temple University an all-Philadelphia heavyweight battle takes place between Joey Dawejko (19-4-4, 11 KOs) and Bryant Jennings (22-2, 14 KOs) that will be broadcast nationally on ESPN.

The two met as amateurs years ago - with Dawejko winning in what was his final bout in the unpaid ranks - but it is Jennings who has gone further as a pro. So what changes from their amateur hook-up?

Dawejko tells BoxingScene.com - "he has a lot of experience in the professional game, he may not have had a lot of amateur fights but his professional experience, I'm not going to lie - it's more than mine. He fought for the title twice, we fought a lot of big names but Bryant Jennings is a great athlete, he's in great shape." 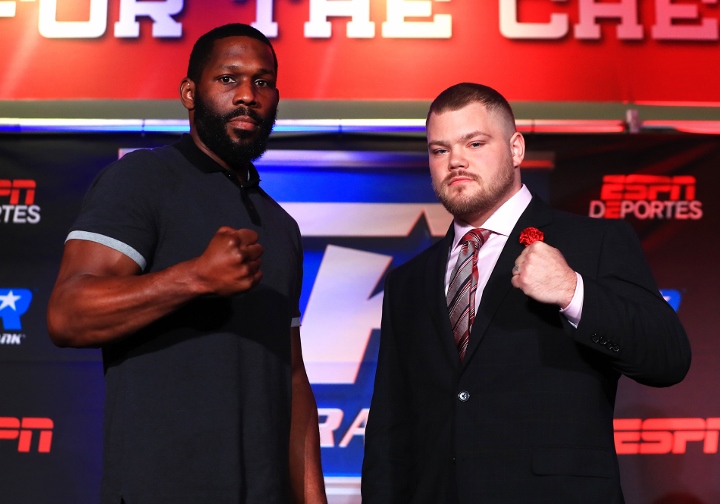 But while Jennings is the more physically imposing and athletic figure, Dawejko states - "My skills are way better than his.The shape that I'm in right now is the best shape I've ever been in. So he's going to have a tough night."

So while Jennings is the better athlete, Dawejko feels he's the superior fighter?

"Right on," he says, "my skills are better than him. I have better punching power than him, my feet are fast. It's just that he had the conditioning over me but I'm in the best condition of my life."

Jennings knocking this dude out

Joey is a tough cookie & solid family man. He has good skills but is short & he doesn’t have a long reach. He will need to get inside to have any chance of an upset. He is not a…

Dawejko is going to go By By