David Price: Allen Will Stop Me in Three? I'll Stop Him in Two!

Olympic bronze medal winner David Price will likely be on the brink of retirement, if he loses to upcoming opponent Dave Allen.

Price and Allen will face off on July 20th, at the O2 Arena in London. Their bout will serve as the co-featured attraction to another heavyweight clash, when Dillian Whyte collides with Oscar Rivas.

"In boxing your next fight is always your biggest. It’s what is on the other side. The way the Heavyweight division is changing and the landscape is changing, the upset with the Joshua defeat and everything else, it’s probably created more interest and there’s going to be even more opportunities amongst the fighters just below the top level like myself," Price said. 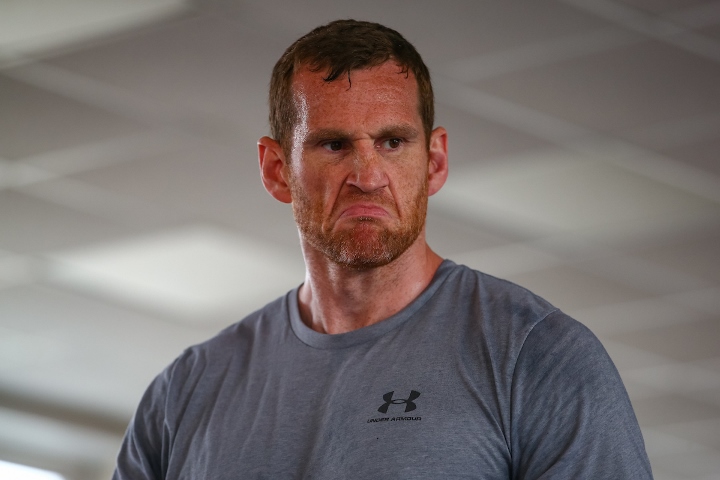 Both Price and Allen will be looking to secure an early knockout, which sets the stage for a lot of fireworks in the first half of the contest.

"My best chance of beating Dave Allen will probably be in the opening few rounds so it's going to be fireworks from the first bell. I'm expecting fireworks, it's as simple as that. It's going to be a great clash of styles. He thinks I'm made for him, I think he's made for me. He says he'll stop me in three, I'll stop him in two," Price said.

Price is the underdog in the bout, but he's not surprised that the oddsmakers are siding with Allen.

"Dave Allen is coming off the back of a good win over Lucas Browne. He's coming in off four wins. He's had two notable wins and he's got momentum going into our fight. He's the favourite and I expected that, that's fine with me. Dave Allen is the A side in this fight, I'm in as the opponent. The expectation is on Dave Allen so the beauty for me is that people aren't expecting me to win as far as the betting is concerned. That suits me down to the ground," Price said.

Well, Price has 3 rounds to get it done because by the 4th round he will be hitting the " Great Wall of Price". I have never seen anything like it, a guy with no chin and no stamina. Good…

Both juiced-up Ortiz and Yoka couldn't finish Dave off properly, as long as we don't get a trademark-British stoppage, I think Allen will weather the storm ok and put the plumber to sleep

[QUOTE=BigZ44;19889864]Most anticipated fight of this decade for me[/QUOTE] Lol...It could actually turn out to be a decent fight. I'm interested in Allen's progression as well.

Most anticipated fight of this decade for me

UK boxing is a joke. Just an awfully low skill level, as AJ demonstrated a few weeks ago. The state of these 2.