Tim VanNewhouse continues to invest heavily into the future of the sport.

Olympic hopeful David Navarro has opted to forgo his dream of competing on the amateur’s highest stage, instead opting to take his talents to the pro ranks. The 20-year old Los Angeles native has inked a managerial pact with VanNewhouse and Split-T Management, just in time for his forthcoming pro debut.

The move comes as Navarro—a 15-time National amateur titlist—gives up his place as an alternate for the 2020 United States Olympic Boxing team due to compete in Tokyo next summer. The talented upstart comes from a fighting family which includes his uncle, 2000 U.S. Olympian and former title challenger Jose Navarro and older brother Jonathan, currently an undefeated junior welterweight prospect.

"I am working hard to become the best in my division and to make my father and family proud,” notes Navarro. "I am grateful to enter into the pros with such a good team around me and I plan to fulfill everyone's expectations of me.

“I've worked my entire life for this and I know I will become a world champion.” 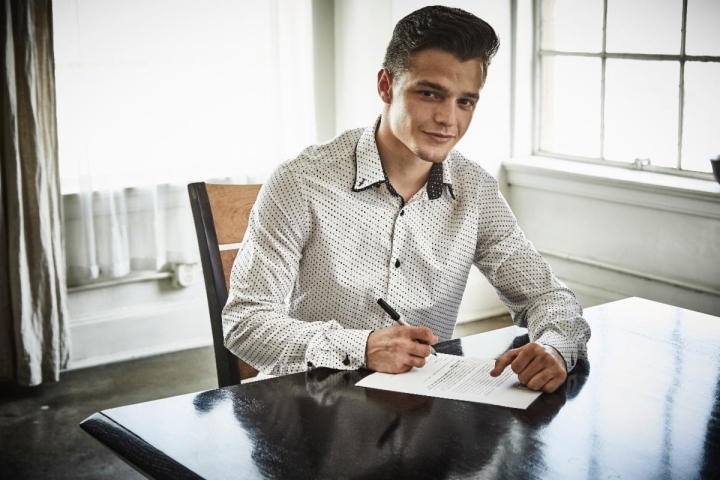 “David Navarro is one of the most exciting young boxers in the USA Boxing program,” notes Stephen Espinoza, president and general manager of Showtime Sports. “He comes from a boxing family and has quite literally grown up in the sport. We are proud to support him in making his pro debut at a Showtime-televised event.  We look forward to being able to feature him on Showtime as he develops as a professional.”

Navarro advanced to the finals of the 2020 U.S. Olympic Trials, included a big win over number-one ranked Duke Ragan—now a pro—before coming up short to current Olympic hopeful Bruce Carrington.

The hope was to have competed in the 2020 Tokyo Olympics, only for the ongoing coronavirus pandemic to push back the quadrennial classic one full year. The long wait has caused mass defection among many amateur stars who would otherwise turn pro immediately after the competition.

It’s proven to be quite the score of aspiring boxing managers willing to take a chance on young talent.

“David had a ton of interest from various promoters and managers and I'm thrilled that Split-T meets his and his families expectations to manage his career,” notes VanNewhouse, who has now secured upwards of a half-dozen of the nation’s top former amateur standouts all in the past year. “He's a gem of a kid and a special talent out of Los Angeles with the type of ability that will make him a huge hit with Mexican-American fight fans.”

Navarro—whose cousins Steven and Chantel are among the current top crop of U.S. amateur prospects—will be co-trained by his father, Salvador Garcia and universally respected cornerman and former 130-pound champ Robert Garcia. The combination truly makes it a family-oriented journey for the young upstart.

"David is making us very proud," said Jose Navarro, David’s uncle. "We know he is going to be special, and I wish him and his team nothing but success at the professional level.”

Added Garcia: "David has a great support system at home. He is a very disciplined fighter with a big heart who has tremendous power.

“I am confident that with this team, we will help David climb to the top of the sport."