Former two division world champion David Haye is in agreement with some of the recent statements from other fighters, that Tony Bellew must use his left hook to overcome the massive odds on Saturday night.

Bellew will attempt to pull off a major upset when he challenges Olympic gold medal winner Oleksandr Usyk for the WBC, WBO, WBA, IBF cruiserweight titles at the Manchester Arena.

The contest is being billed as the final career bout for Bellew, and for Usyk it's his final fight in the cruiserweight division before a move to the heavyweight ranks. 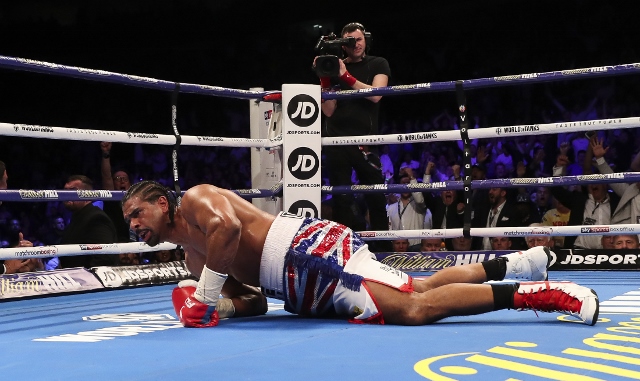 Nobody knows better about the punching power of Bellew.

Haye, who was a heavy favorite against Bellew in two bouts, suffered stoppage losses in both contests.

He was stopped the first time in eleven rounds, but his performance was affected by injury. But in their rematch earlier this year, Bellew dropped him three times and demolished him in five rounds.

Haye broke down the strategy that Bellew must apply to defeat Usyk.

"Having a long-range boxing match against someone who is so technically gifted could be the wrong strategy," said Haye to Sky Sports.

"He's [Usyk] always been very difficult and tricky to nail down. I definitely think he has the attributes to be a very awkward night for Tony, but having said all that, Tony's left hook is the equaliser. If Tony can land that left hook to the head, that left hook to the body, he can really get a foothold in this fight, and turn the tide."

Bellew to win this as before

[QUOTE=IronDanHamza;19259040]He knocked Makabu out cold with it :dunno:[/QUOTE] Nah... he battered Makabu with about 30 unanswered shots before the dude went down. Just teed off on him on the ropes till his legs started to give and the ref jumped…

Even after the first ha ye v belle w fight I didn't even realise haye thought belle w hit hard or that at any point he hurt haye.? That's how good poker faced boxers are.y I just thought hate hurt…

[QUOTE=Koba-Grozny;19258782]You ain't wrong. I actually had to go through his fight footage to check if my memory was that bad, cos I never recalled it being anything particularly special. It turns out he [I]has[/I] had moderate success with it against…

[QUOTE=DramaShow;19258944]They always downplay the eastern euros and pick against them[/QUOTE] as I said above: at some point, Ward was presented with the possibility to fight Bellew... but now Ward has no prospects whatsoever in getting that big UK money again...…