When Showtime’s slate of fights for the rest of 2020 was announced, Saturday’s main event didn’t jump out as one of the most intriguing.

Sometimes intrigues are added along the way.

Is it merely a sign of a growing, still quite young, fighter whose body demands to be a light heavyweight?

Or are the signs flashing upset?

Saturday (Showtime, 9 PM EST), a hard hitting challenger will get to find out. Win and the now-vacant diadem is his. 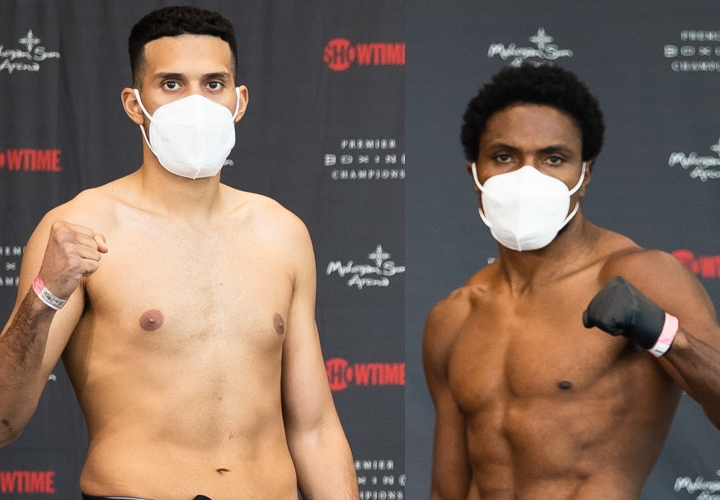 The Pick: Assuming Benavidez rehydrates from the weigh-in to standard form, he will likely be the larger man in the ring and the more skilled. Benavidez is quicker, puts his shots together more fluidly, and while his jab could be snapped with more authority he uses it better than Angulo. The challenger has heavy hands but he often can be caught loading up with single shots from odd but wide angles. The more compact Benavidez should be able to land between Angulo’s efforts, control the pace, and dominate the action. There is no upset pick here. The favored fighter is the better fighter, weight issues or no.