In an interview with iFL TV Hearn said that it was a “done deal” but beforehand each man will fight on separate shows before clashing in the first quarter of 2020.

“It’s a big break out fight for both guys,” said Hearn. 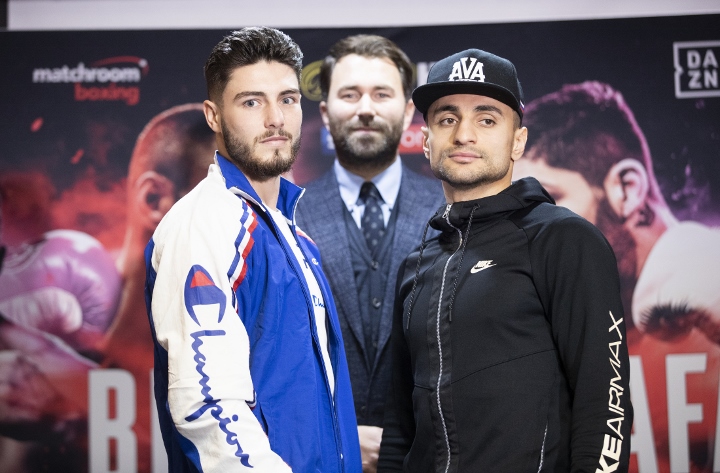 Avaneysan, 31, will defend his European crown against Jose Del Rio (29-8-1, 7 KOs) in Spain on December 12 which will be the first of Matchroom’s show in Spain following their promotional expansion into Italy.

Kelly, 25, could feature in a ten-round contest on the undercard of Daniel Jacobs against Julio Cesar Chavez Jr which will be formally announced this Friday at a press conference.
Avaneysan was due to fight Kelly in December 2018 but the latter withdrew from the bout after their weigh-in due to illness which has prompted some heated words between the two teams.

Avaneysan’s manager told ‘Scene’s Terry Dooley “I wouldn’t advise one of my fighters to fight if they were legitimately ill, but the night before I saw Kelly in the hotel bar with all his mates laughing and joking. David was relaxed all week, in tremendous condition and ice cool at the weigh-in, so I don’t know whether that was when they finally decided.” The full article can be read here: https://www.boxingscene.com/marsh-slams-adam-booth-over-josh-kelly-vs-avanesyan-fallout--134915

Hopefully the fight happens. It will teach the stubborn kid a lesson and maybe get him to work on his fundamentals.