David Allen has hinted that he could hang up the gloves on the back of his latest defeat.

The Conisbrough heavyweight was pulled out by his head trainer Darren Barker after 10 completed rounds on Saturday night.

Allen took on David Price at the O2 Arena in London, exclusively live on Sky Sports Box Office and DAZN, for the vacant WBA Continental title. 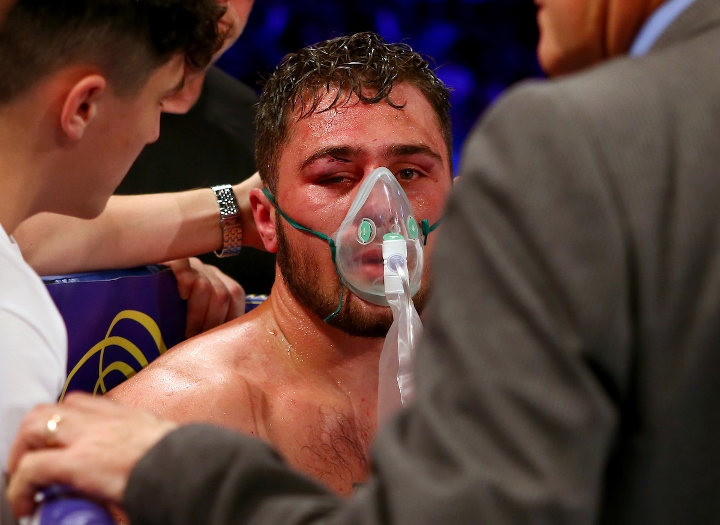 Allen required oxygen in the immediate aftermath of the fight, which was pretty one-sided in former Olympic bronze medallist Price’s favour, and left the ring in a stretcher.

He was then immediately taken to hospital before being released.

But Allen, who dropped to 17-5-2 as a professional in defeat, issued a startling statement after the fight in which he admitted his health is no longer what it once was.

“[I] don’t want anyone to worry about me, [I’m] just a hard man gone old and soft [over] the last 18 months,” Allen, a former maths supply teacher, said.

“[I’m] very happy and proud of David Price, I will be okay but [across] the last 12 months or so my health has been deteriorating.

“I’m glad I hung on, took the chance and made money and now [I’m] probably done.”

Price, meanwhile, has improved to 25-6 after his victory, potentially securing another big fight after rebuilding since back-to-back defeats to Russians Alexander Povetkin and Sergey Kuzmin last year.

He now has three wins on the spin over Tom Little, Kash Ali and the aforementioned Allen respectively.