Heavyweight contender Dave Allen is looking for the biggest fights possible in his career.

And next Saturday night at The O2 Arena in London, Allen will collide with Olympic bronze medal winner David Price  - as part of the undercard to  the Dillian Whyte vs. Oscar Rivas showdown. 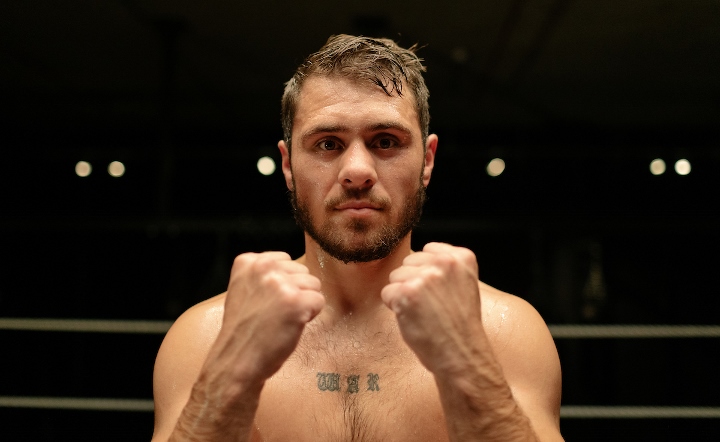 As far as what's next, Allen wants to fight Manuel Charr for the WBA "regular" title or a clash with Olympic gold medal winner and former champion Alexander Povetkin.

"When I beat David Price it will be 5 good wins in a row. Ideally I would like the Manuel Charr fight next for the WBA regular. People might ask me why I’d want to fight Povetkin but I fought Dillian Whyte after ten fights. After 23 or 24 fights now why wouldn’t I want to get in there with the world’s best fighters? I want the biggest fights possible. I’ve got to beat David Price first but Manuel Charr would be my first choice, Povetkin would be the second," Allen said.

The career of the heavyweight fan favorite was given a big boost when he brought on former middleweight champion Darren Barker to be a head trainer.

“This is the biggest fight of my career. This is the one that could really set me up for the rest of my career and life. Me and Darren have been grafting away behind closed doors. I’m always on social media because I’ve got too much time on my hands, but I’ve made a conscious effort to dedicate everything to this fight. I’ve been pretty boring for the past ten weeks but I think it will pay off,” Allen said.

“Darren has been there and done it and he’s been where I am. He knows what I’m doing. There’s nothing that I’m feeling that he hasn’t felt before so it makes it easier for me to go to him with these things but knowing that he’s done it all as well."

I was just thinking about this potentiality yesterday and is now the reason I'm hoping Fury fights Trevor Bryan next. I want Diamond Boy vs the winner of Price/Allen for the WBA World Title!!!

Povetkin lays this boy out

getting ahead of himself here, potential to slip up

I'm actually placing some money on Price by first-round knockout.