Dave Allen Calls Out Lenroy Thomas For Showdown on Usyk-Chisora

Dave Allen has called out former rival Lenroy Thomas for a heavyweight showdown on October 31.

Allen is in search for an opponent for the Usyk vs. Chisora undercard on Sky Sports Box Office later this month, due to original opponent Christian Hammer was forced to withdraw after testing positive for COVID-19. 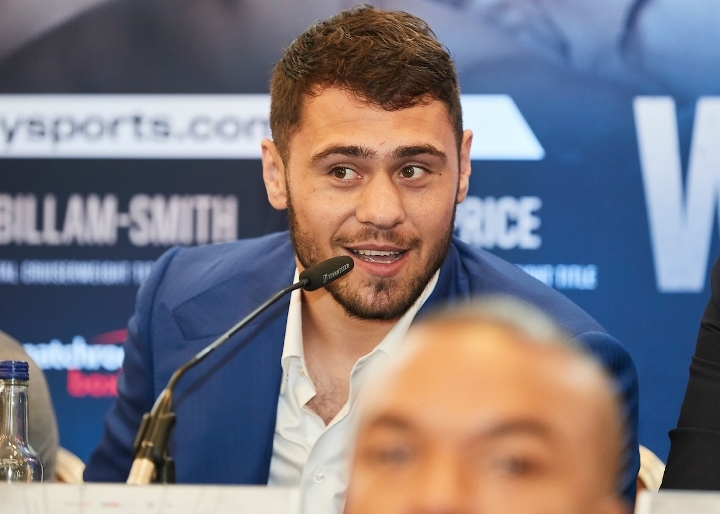 Allen (18-5-2, 15 KOs) and Thomas (23-5-1, 11 KOs) have previously met on two occasions, with Thomas winning the first fight by split decision to become the Commonwealth heavyweight champion, before the second clash ended in a first round technical draw after Allen suffered a cut.

The two men have since took to social media to call each other out, and Allen has made it clear that he wants the fight to happen.

Allen said: “Lenroy, from the bottom of my heart, I think you’re an assh-le, so let’s do it on the 31st.

“I need an opponent, when I boxed you the first time I never trained, because I thought you were sh-te, these days I’ll fill you in. So let’s do it.”

Elsewhere on the show later this month is the rescheduled WBO middleweight title fight between undefeated Savannah Marshall and Hannah Rankin.

Dave Allen vs Lovejoy .. I'm in ... [QUOTE=Mammoth;20832128]Sounds like Christopher Lovejoy guy everybody is mad about being ranked by the WBA[/QUOTE]

[QUOTE=TMLT87;20831526]The Jamaican has Daves number. Wouldnt mind seeing Dave vs Gorman tbf. I think he loses there too though.[/QUOTE] Think they’re good mates, not sure they’d be up for it.

Pricey put the White Rhino on the road to extinction, theres no way back now. :boxing: