On Saturday night, October 19th add boxing to the rivalry as Undefeated Heavyweight Darmani Rock will headline in an eight-round bout against Maurenzo Smith the 3rd installment of The Met Boxing Series on at The Met Philadelphia.

The show is promoted by Hard Hitting Promotions and Live Nation.

The card, which will have several Philadelphia vs. Dallas matchups will fall on the weekend where The professional sports teams of each city will also meet in football and Hockey. 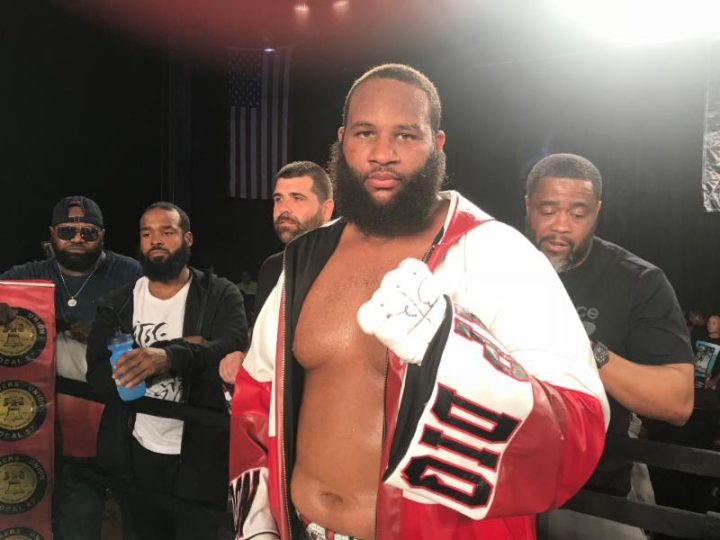 Rock of North Philadelphia, who is promoted by Roc Nation Sports, has a record of 16-0 with 11 knockouts.

The 23 year-old will be making his 3rd start of 2019 and his 6th appearance in his hometown.  Included in his 16 victories is a 1st round stoppage over Carlos Cotto (8-1-1).  Rock is coming off a 2nd round stoppage over Raymond Ocheng on June 14th in Jacksonville, Florida.

Smith who is originally from Houston, but for the past five-years has called Dallas home, has a record of 21-11-4 with 14 knockouts.

Smith is coming off a 1st round stoppage over Marvin Hunt in June 15th in Forrest City, Arkansas.

Benny Sinkain (4-0, 2 KOs) of Philadelphia takes on Ferris Golden (1-0) of Findley, OH in a battle of undefeated light heavyweights.

Jan Carlos Rivera (3-0, 3 KOs) of Philadelphia will take on Ricardo Escajeda (4-16-1, 2 KOs) of Monterrey,Mexico in a welterweight fight.

He has had 16 fights & he refuses to get into better shape. He ain't no Andy Ruiz. I just watched the Ochieng fight & that was simply terrible. This guy needs to start taking his training seriously. He is…