Danny Garcia may well be in the thick of his prizefighting prime, but he has already charted out what his post-career plans may look like.

At the top of his priorities, apparently, is to bring a white collar mentality to a fundamentally blue collar pursuit.

The welterweight contender from Philadelphia recently expressed his desire to start up a company that will cater to the oft-overlooked financial needs of professional fighters. As the saying goes, fighters fight, but what about their year-end taxes? Their mortgages? Their pensions? All of the facets, in other words, that are associated with the mainstream but are considered beyond the pale of the boxing industry?

“When I’m done boxing I want to start a firm that helps boxers do their taxes and create a 401K plan, you know what I’m saying?” Garcia said on the Bridge Bizness podcast. “That’s like my real goal. Teaching them about tax brackets, teach them about health insurance.” 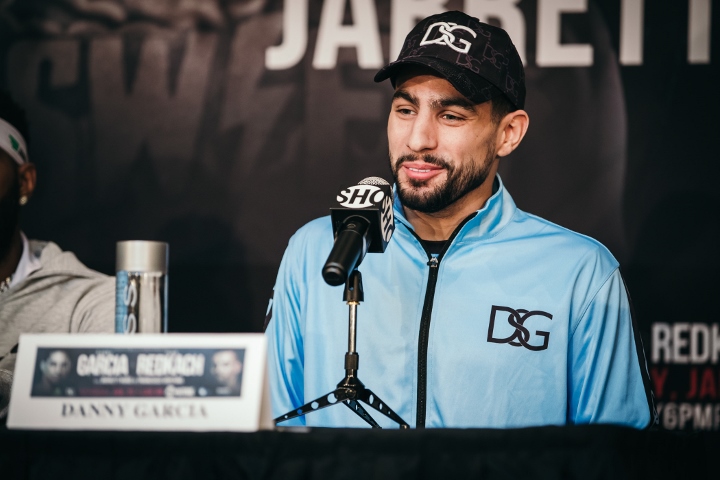 Garcia (36-2, 21 KOs), who takes on Errol Spence Jr. (26-0, 21 KOs) Dec. 5 on Fox pay-per-view at the AT&T Stadium in Arlington, Texas, currently has investments in eight properties in the Philadelphia area and in a few stocks. Garcia credits books by Donald Trump and Warren Buffet for informing his budding business sensibility.

Garcia hopes to impart some of what he has learned, one day, to his peers, many of whom are focused primarily on chasing world titles or their next paycheck, and not necessarily on how to go about filling out a Roth IRA form.

“I want to build a solid foundation so that when a fighter comes to me with a million dollars, I can say, ‘Look, this is for taxes, this is for 401Ks, this is how much you’re going to spend this year, this much is for health insurance,” said Garcia, who own a record label and a clothing brand. “And then in 10 years you keep building up that’s what it will be. That’s like one of my business ideas, so hopefully nobody beats me to the race.”

[QUOTE=daggum;20924670]arkansas...come on man he could buy arkansas, but why would he want to is the question[/QUOTE] so he'll never be homeless ever. how many godamn boxers have we seen become homeless?

They beat you to the punch..financial advisers and accountants already exist Danny..

Respect Danny so much for this. In today’s world, our kids are now just encouraged to blow money on material things or flex for the “Gram” never understood when guys spend 100k on a chain but still renting or live…

Will anyone take Swifts financial advice....... When there are literally people who do this for a living