Danny Garcia: Rios is Perfect Opponent, I Accepted Right Away

Former two-division world champion Danny Garcia (33-1, 19 KOs) explains that he jumped on the opportunity to fight Brandon Rios (34-3-1, 25 KOs) from the very moment his name was placed on the table.

The World Boxing Council has sanctioned the fight as a WBC final welterweight eliminator. The winner will become the secondary mandatory challenger to current champion Keith Thurman. Shawn Porter is first in line for a mandatory shot. 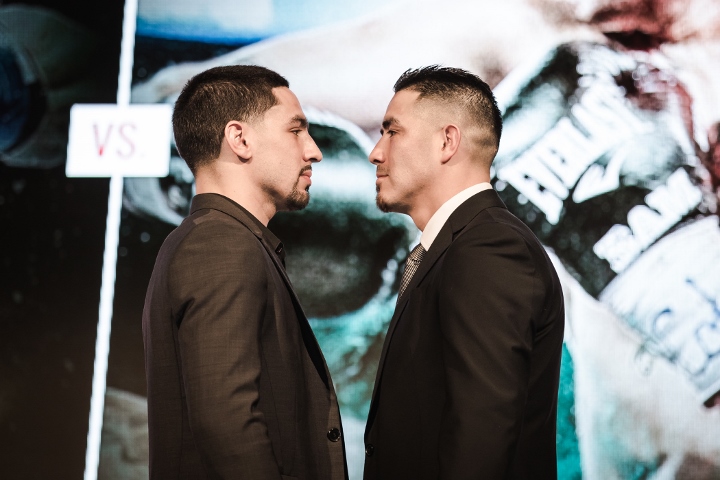 Garcia is back for the first time since losing a twelve round split decision to Keith Thurman last March at Barclays Center in Brooklyn, New York.

He wasn't very happy with the scoring of the fight, but feels it's time to mentally move on.

"I turned the page because I can not stay in the past. I can not worry about what happened 11 months ago, but keep focused on the goal of winning this fight," Garcia told Carlos Gonzalez.

"I could have been more aggressive, but I'm convinced that I made a smart fight. I think I won, I came out without injuries and now I'm ready to go back and show that I'm still one of the best fighters in the world."

Garcia views Rios, a former world champion at 135-pounds, as the perfect comeback opponent to show off some of his new skills and improvements.

"The rest period was good for my body. After being 10 months out I feel good, eager to showcase the new and improved Danny Garcia. I have trained hard for the past three months and Rios is the perfect opponent. We accepted Ríos as soon as his name was mentioned," Garcia said.

"He likes to fight. He is a veteran boxer and I will have to be prepared for all of his tactics. It's an important fight that could define my future although I'm not looking beyond this fight."

[B][FONT="Lucida Sans Unicode"]"Garcia views Rios, a former world champion at 135-pounds, as the perfect comeback opponent to show off some of his new skills and improvements."[/FONT][/B] a nice way to call rios a punching bag.

[QUOTE=Guy3008;18482612]Rios fights like a mummy going forward eating shots all day, a style very similar to Margarito and Angulo, and he's not the same durable guy that fought Alvarado the first time. [B]If Bradley was able to stop him with…