Danny Garcia on Thurman Loss: They Didn't Want Me To Win

Danny Garcia (34-1, 20 KOs) is still angered over last year's defeat at the hands of Keith Thurman.

They collided in March 2017, with Thurman winning a split decision to unify the WBC, WBA welterweight titles at the Barclays Center in Brooklyn, New York. 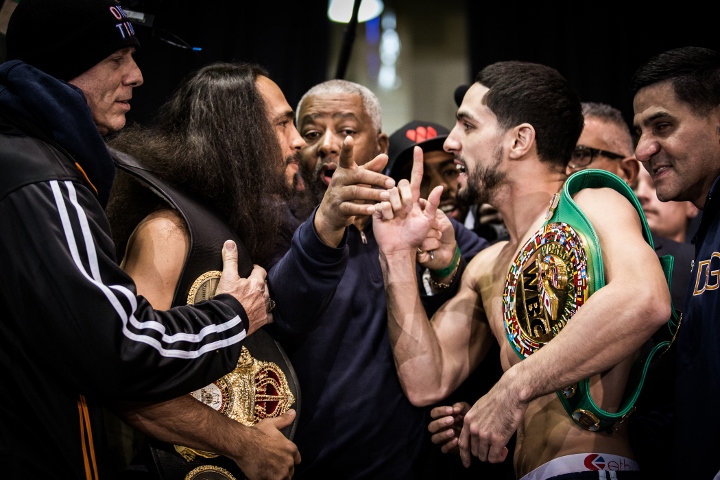 Garcia feels strongly that he did more than enough to win that fight.

“I thought that [first score of 115-113 for me] sounded about right,” Garcia said to the Philadelphia Daily News.

“And the other one said 115-113 for [Thurman]. Then the last judge who gave it 116-112 to him actually gave him the last two rounds, and I was like, ‘How the hell did he see him winning those last two rounds?’ That’s what killed me. They probably didn’t want me to win this fight.

“It felt like somebody died that I knew. I woke up [the next day] and I couldn’t believe it was real. [Afterward,] I just went to my room, took a shower, and went to sleep.”

Garcia returned to the ring back in February and picked up a brutal knockout win over Brandon Rios.

Now Garcia is slated to return on September 8th at Barclays, against Shawn Porter for the vacant WBC title.

Garcia is very pumped to get the opportunity to reclaim the belt that he lost to Thurman over a year ago.

“It would feel better than any other one I’ve won, because it’s a different story,” Garcia said. “From losing it to getting it back, it feels better than being a young kid and winning it.”

“I would say I’m doing this for Danny Garcia, just to prove to myself where I belong and who I am. I’m going to be one of the best fighters coming out of Philadelphia and one of the best Latino fighters who’s ever done it.”

[QUOTE=mdogger12;18961183]Garcia sounds like hillary clinton..bwaaa.. bwaaa..bwaaa..yep just like the *****[/QUOTE] I saw that. Clinton crying and whining about how she won the election. I lost the video clip. Can you share it?

[QUOTE=Barristan;18961799]Can’t wait for this fight. I’m going with Danny.[/QUOTE] I cAnt see DSG winning a decision. His best chance is to win by KO! Porte going to box his ears off

Folks need to watch Thurman-Garcia again. It was a close fight.

Haha... Herrera whooped that ass in his own backyard Puerto Rico. Thurman whooped that ass, no doubt about it. He's just screaming for attention since we all know (even ricans) that he's irrelevant.

Danny Garcia struggled with geriatric Morales, Campbell and Judah. I heard that Danny refuses to visit his grandma in the nursing home because he thinks her friends might kick his ass! Then got a gift decision over Pederson. Now he…