NEW YORK – Keeshawn Williams hit Gaku Takahashi every which way he could Saturday night, yet he still settled for a decisive decision victory at Brooklyn’s Barclays Center.

The unbeaten Williams won their eight-round welterweight bout by unanimous decision (80-72, 79-73, 78-74). Williams was particularly effective in the second half of their bout on the Danny Garcia-Ivan Redkach undercard, in which he essentially took target practice on his game, durable opponent.

Williams beat up Takahashi throughout completely one-sided seventh and eighth rounds. A straight right hand by Williams moved Takahashi backward at one point in that round, but Takahashi showed a solid chin.

Williams drilled Takahashi with several hard right hands in the sixth round, but he couldn’t put the Japanese veteran on the canvas.

Cut over his left eye, Takahashi started the fifth round aggressively. He landed two hard, straight left hands late in that round.

Takahashi suffered a cut over his left eye in an action-packed fourth round in which both boxers landed hard head shots.

The 19-year-old Simpson stung Hernandez with several hard shots in the sixth round, when Simpson press to get the knockout. Hernandez, who lost two of his first 13 bouts by knockout, refused to let it happen.

A right hook by Simpson almost lifted Hernandez off his feet early in the sixth round. Hernandez kept pressing the action in the fifth round and landed some shots on Simpson, including a right uppercut that snapped back Simpson’s head.

Simpson stunned Hernandez with a right hook that connected with just under 30 seconds to go in the third round. Simpson hurt Hernandez with two rights to the body just before the halfway point of the second round. Hernandez backed up to catch his breath after that second body shot landed.

Simpson landed to Hernandez’s head and body toward the end of the opening round.

In the first fight Saturday night, heavyweight Steven Torres knocked out Dakota Witkoff in the second round of a scheduled four-rounder. A right hand by Torres (2-0, 2 KOs), of Reading, Pennsylvania, left Witkopf (1-2, 1 KO) flat on his back and out for the count at 1:28 of the second round.

Witkopf lost by knockout for the second time. 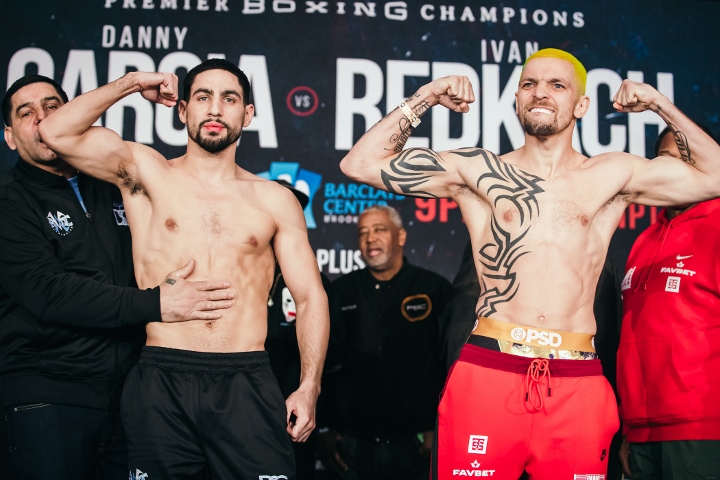 Danny Garcia is always going to be the king of cherry picking. 🍒🍒🍒🍒🍒🍒🍒🍒