Danny Garcia: I Wants Rematches With Thurman and Porter

Garcia lost two twelve round decisions, one to Keith Thurman in March 2017, and one to Shawn Porter in September 2018. Between those two fights, he scored a brutal knockout of Brandon Rios. 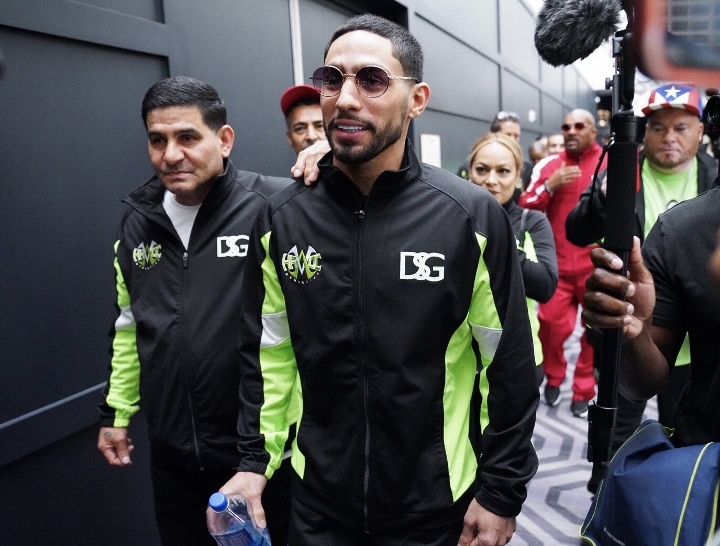 With the recent victory, Garcia secured the WBC silver title - which puts him in line for another crack at Porter, who has the WBC title. Thurman holds the WBA's welterweight title.

"Those fights are in the past. They were two close decisions that I think I won. I did not receive any punishment and I feel excellent. I would like the rematches against Thurman and Porter," Garcia shared with Primera Hora.

"Granados was the perfect fight for me at this stage. It's one that I had to win to re-route my career and return to the level I once had."

Garcia (35-2, 21 KO) made some adjustments to prepare for his most recent ring outing.

"We added a new conditioning coach, and we worked on some things to improve the explosiveness, speed and power. I look and feel better. Now physically I am stronger, I feel that it was the best camp of my career with excellent sparring and I did everything necessary to be prepared," Garcia said.

"I will prove that I am still one of the best boxers in the world. I know there are many fights that can be made so I will accept whatever comes up in my direction."

At the moment, Thurman is nearing a high stakes fight with Manny Pacquiao in July, and Porter is possibly facing Errol Spence in a unification in the fall.

[QUOTE=BIG GUNZ;19688963]I was just saying he has no excuse this time since he turned down a fight with Crawford in the past is what I meant. I expect Crawford to fight Brook next as well. Garcia I assume will fight…

Danny vs Manny Sounds good to me!

[QUOTE=Weebler I;19688853]He didn't beat Thurman, he at least has an argument with Porter. Thurman won't rematch him, Porter might.[/QUOTE] Keef is toast..it could have gone either way..I felt he won.

In my opinion,Garcia is good but just not on the Elite level. In this sport, the way I see it, you have your time to shine only once and he failed with Thurman. Although that was a Unification, I'll give…

[QUOTE=ptek;19688876]This guy won't even mention Crawford or Spence, and you think he's fighting Crawford next ?, your dreaming mate, Crawford is fighting Brook next and he'll be trying to get him out of there before the 11th round to prove…